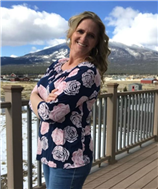 Christine Brown has given fans a reason to think she has at last come to her senses.

She’s given Sister Wives viewers a reason to believe she’s finally had enough.

Indeed, Christine Brown has made a number of observers out there jump to the conclusion that she’s arrived at a major life decision.

You guys… has she left Kody Brown?!?

Back in April, on the most recent Sister Wives finale, Christine came right out and said she was done with her marriage.

Following the ruling that polygamy has been decriminalized in Utah, Christine spent this episode of the reality show making it clear she wanted to move back to her native state.

Kody rejected the notion, however, as did Christine’s fellow female spouses.

Wildly disappointing by the outcome of her talk with these family members, Christine told Meri on air:

“I can’t do marriage with Kody anymore. I don’t want to do it anymore…

“I’m tired of feeling like I don’t matter. I’m tired of not having his support when I really need it. I’m just tired.

“I need a partnership. I need something different than this.”

We wondered after the finale whether or not Christine had moved to Utah, only to confirm — at the time — that she had not done so.

After Christine told viewers she was traveling the country without Kody?

Brown has put her home in Flagstaff, Arizona up for sale.

The house (pictured below) is 2,400 square feet, boasts 3 bedrooms, 3 bathrooms and sits on a spacious 2.5 acre lot. It looks very nice:

The abode also offers gorgeous mountain views, according to Realtor, “perfect for those Flagstaff nights” and a newly-renovated kitchen.

Moreover, the structure features “solar panels,” and a “heated work shop in the extra large garage.”

You came here to read about Christine’s past, present and future — and to question what this decision means for the latter.

Is she filing for divorce? Is she heading to Utah once again, as she has openly stated she wants to do?

“I want to move back,” Brown said on this spring’s finale, adding of the Coyote Pass lot, which Kody bought over three years ago:

This has been a constant theme for the Browns.

Kody’s plan had allegedly been to put these acres and to build either one huge house for all his sister wives … or four large houses.

To date, though, there’s been no construction of any kind of this land, making it a huge sunk cost for Kody and prompting all four spouses to live in different parts of Flagstaff.

Just last month, however, Janelle Brown moved into an RV, which is currently sitting on Coyote Pass.

So this brings up another possibility.

Perhaps Christine is not leaving Kody after all.

Perhaps she is just readying herself to also move on to Coyote Pass and perhaps Kody’s residential dream is about to turn into a reality, and all of his sister wives will be living on that land in the near future.

We can’t say for certain at the moment.

We’ll be keeping our eye on the situation in the days, weeks and months ahead, however.

And we’ll be praying that not only is Christine out of there — but that Janelle, Robyn and Meri are also planning to peace the heck out of Arizona and leave Kody behind.

The guy deserves it, wouldn’t you say?