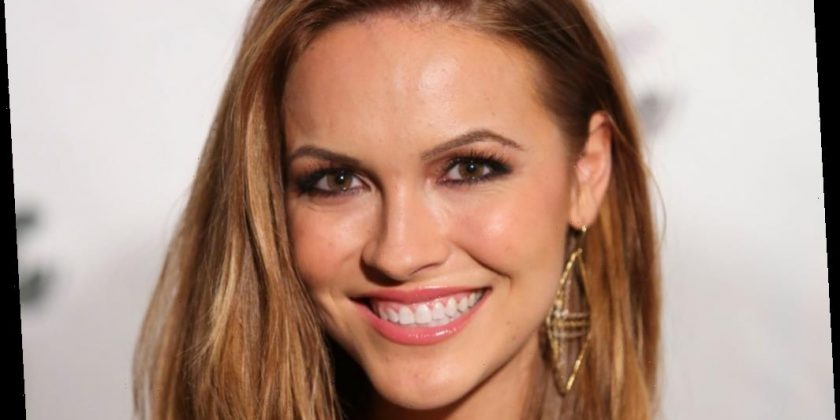 The cast of the Netflix hit Selling Sunset is intriguing many viewers around the world, and cast member Chrishell Stause might top the list. Perhaps not many knew who Stause was before this reality show (about luxury real estate agents in L.A.) debuted. Those who watch soap operas often will find her very familiar.

Stause acted on three different soap operas over 15 years before making a few movies and then becoming a reality show star. While working on soaps likely paid well, Stause wisely did some other things to withstand Hollywood fickleness.

Being a real estate agent helped her land Selling Sunset, even if being an Instagram influencer is lesser-known.

Does being a real estate agent pay better than acting on soap operas?

Those who have kept up with soap operas over the last decade will remember Chrishell Stause first from All My Children where she played Amanda Dillon Martin for six seasons. This lasted from 2005-2011, then doing a quick leap over to Days of Our Lives in 2013 after acting in the brief medical series Body of Proof.

Her Jordan Ridgeway character on Days of Our Lives might be her most famous soap role of all. Nevertheless, she jumped to yet another soap opera in recent years as many in those casts often do. Joining The Young and the Restless in 2016 as Bethany Bryant also helped Stause shape yet another popular character still (technically) going.

Selling Sunset changed all of that, though, virtually overnight. When it debuted last year, it became a huge hit based on the knowledge the Oppenheim Group was real. If fans likely recognized Stause from her soap opera stints, they probably did not know she continues making more money than her other acting peers have, according to House Beautiful.

All of this is thanks to being an Instagram influencer, a career many have made sole careers out of, if possessing a particular aptitude.

How much more has Chrishell Stause made from Instagram?

According to House Beautiful, Stause is already worth $5 million. Landing major real estate deals has obviously helped, but being an Instagram influencer also helped to pad her income.

She apparently receives $4,465 per Instagram post (per House Beautiful again), making her one of the top influencers within her peer group. One look at her Instagram page makes that influencer aspect fairly subtle, though. Most of the time, she promotes Selling Sunset with her fellow castmates, which is marketing on its own.

Once in a while, she promotes an outside product. Many companies wanting to promote their products find her valuable since she hit 1 million followers on Instagram not too long ago.

Being an Instagram influencer is certainly common, if oftentimes kept undercover because of how competitive it is. Fortunately, sources are available to calculate exactly how much one can make based on influencer potentials.

Will Chrishell Stause make more money as an Instagram influencer?

Happy hump day!!! What excites and scares you at the same time? Go do that. 🙌🏽💗 📸: @kentaveryphoto

Many sources exist to help calculate exactly how much a person can make being an influencer based on how many followers they have. Much of this also goes on how much the person engages with others and whether the person already has a strong platform.

Based on Stause’s track record, she was perfectly set up to make this happen for her. Thanks to already having soap opera fans (a group always staying loyal), then gaining a reality show, she had all tools ready.

As social media influencing becomes a larger business opportunity in making unlimited amounts of money, Stause could start to make as much money as the Kardashians. Stause could easily get there considering reality shows on Netflix could get more viewers now than E!.