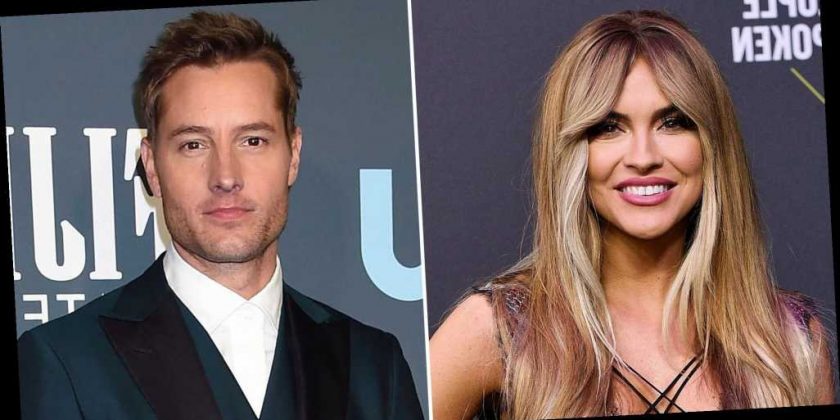 Getting the last laugh. Chrishell Stause has no problem with shutting down haters.

Celebs Fight Back on Social Media

On Thursday, January 21, Stause, 39, posted a photo with her Selling Sunset costars Heather Rae Young, Mary Fitzgerald, Maya Vander and Amanza Smith that featured a twist. She cropped in the viral pic of Senator Bernie Sanders bundled up at the inauguration, seemingly putting the politician in costar Christine Quinn’s place.

“OK I HAD to,” she captioned the post with several laughing emojis. “Welcome to the team Bernie!”

Although many of Stause’s followers found her post to be comical, one commenter chose to take aim at her split from Justin Hartley. “Now I understand why your … ex hubby divorced your ass,” the user wrote. “You dumb fool.”

The Oppenheim Group realtor offered a humorous retort as she responded, “It’s true. I guess I am exposed. I was internet memeing too much.”

The former Dancing With the Stars contestant wed Hartley, 43, in October 2017. Two years later, the This Is Us star filed for divorce and cited “irreconcilable differences.”

As their split was finalized more than a year later, a source told Us Weekly on January 13 that the exes “entered into a confidential settlement as to [the] terms of the divorce, including spousal support.”

Us broke the news in May 2020 that Hartley had moved on with his former The Young and the Restless costar Sofia Pernas. They made their romance Instagram official on January 1 after celebrating New Year’s Eve together.

Chrishell Stause’s Evolution: From Soap Star to ‘Selling Sunset’ and Beyond

“Last minutes of 2020 here in LA. Bring on 2021! Happy New Year,” the Little actor captioned a glammed-up selfie of the duo, while the 31-year-old Moroccan actress wrote alongside a sun-filled pic of the pair, “Sayonara 2020, it’s been real. Happy New Year from our quarantine den to yours ❤️.”

Stause, for her part, was the center of affair rumors with her Dancing With the Stars partner, Gleb Savchenko, in November 2020 following his split from estranged wife Elena Samodanova. However, in December 2020, she went public with her relationship with fellow pro Keo Motsepe. The couple joined Savchenko, 37, and his new girlfriend Cassie Scerbo on a romantic vacation in Mexico late last month.

“Both couples were super lovey-dovey. They chartered a private yacht at one point, and they were seen making out the majority of the time,” a source told Us at the time, noting that the group showed “a lot of PDA throughout their entire stay” at the Le Blanc Spa Resort.

Earlier this month, an insider told Us exclusively how Stause and Motsepe are doing as a couple. “Their relationship has grown a lot further than where it was a few months ago,” the source said on January 13. “[Chrishell] clearly has strong feelings for him. Keo worships the ground she walks on — he is so wrapped around her finger.”