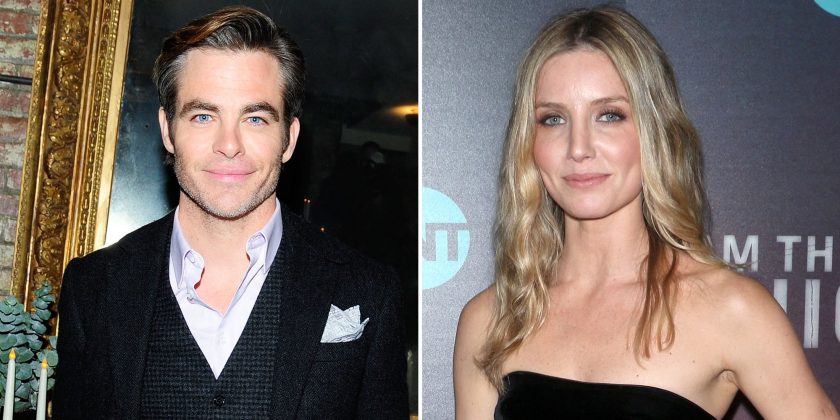 By his side for support! Chris Pine and his girlfriend, Annabelle Wallis, stuck together during his I Am the Night premiere afterparty in New York City on Tuesday, January 22, an eyewitness tells Us Weekly exclusively.

“They looked very cozy and were adorable,” the onlooker reveals of the couple’s exchange. “They talked for a long time, she kissed him on the cheek and later when he was talking to others, she kept checking on him, looking over at him the whole night — it was sweet.”

Wallis, 34, first took in the premiere with her 38-year-old beau at Metrograph movie theater before heading to the afterparty at 214 Lafayette.

The eyewitness continues: “When she walked over to him and said she was ready to go, he quickly said goodbye to his friends and they left together.”

Pine — who stars in TNT’s I Am the Night as a reporter researching a young woman’s connection to the Black Dahlia murder — also had a fun reunion with his Star Trek costar Zachary Quinto at the event. “Chris looked so excited to see him,” the onlooker tells Us. “They embraced in a huge hug.”

Us exclusively broke the news in April 2018 that the Wonder Woman star and the Mummy actress are dating. “She was seeing someone else when they met,” a source told Us at the time. “They kept it casual for the beginning. Chris was very attentive and wooed her to get her attention away from the other guy.”

The super private pair stepped out together at an event in Malibu, California, later that month, with an eyewitness telling Us of their interaction, “Chris and Annabelle hardly separated throughout the evening and couldn’t take their eyes off each other.”