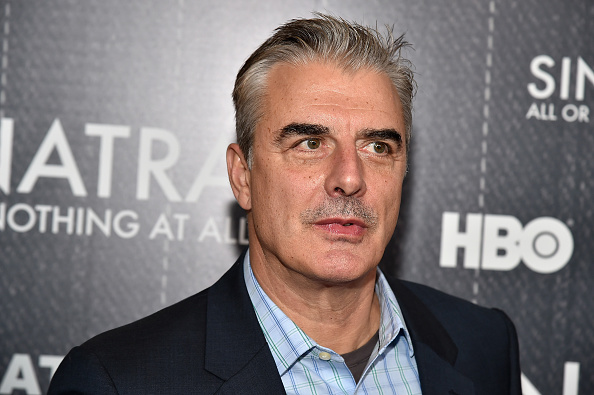 The sexual assault allegations that have emerged against Chris Noth are not currently under investigation, the Los Angeles Police Department has said.

The 67-year-old, who recently reprised his role as Sex And The City character Mr Big in the reboot sequel And Just Like That, is accused of sexually assaulting one woman in 2004 and another in 2015, claims that he has vehemently denied as ‘categorically false’.

Officer Drake Madison of the LAPD confirmed that no report has been filed despite the allegations, which is why there is no investigation in the process.

‘There is no record of a report being filed at this time. Without a report there is no investigation,’ he told the PA news agency.

The two women made their accusations to The Hollywood Reporter, using pseudonyms to protect their identities.

In a statement sent to Metro.co.uk in response to the allegations, Noth said: ‘The accusations against me made by individuals I met years, even decades, ago are categorically false.

‘These stories could’ve been from 30 years ago or 30 days ago — no always means no — that is a line I did not cross. The encounters were consensual. It’s difficult not to question the timing of these stories coming out.’

He added: ‘I don’t know for certain why they are surfacing now, but I do know this: I did not assault these women.’

In the first episode of And Just Like That, Big dies following a rigorous Peloton workout, a storyline that resulted in the fitness equipment company releasing a rapidly-made commercial starring the actor poking fun at his character’s demise in the show, which was narrated by Ryan Reynolds.

However, hours after the allegations against Noth were published, Peloton announced that they had taken the advert down on social media, with the firm saying in a statement sent to MailOnline: ‘Every single sexual assault accusation must be taken seriously. We were unaware of these allegations when we featured Chris Noth in our response to HBO’s reboot.

‘As we seek to learn more, we have stopped promoting this video and archived related social posts.’

One of the women who spoke to The Hollywood Reporter going by the name Zoe is now 40, saying that she was 22 when she met Noth while working at a company that had high-profile celebrities as clients.

She claimed that Noth, who was 49 at the time, invited her to his apartment in a West Hollywood building where he allegedly moved her toward the bed, pulled off her shorts and began to rape her.

The second woman who accused the actor of sexual assault, going by the name Lily, said she was working as a server in the VIP section of former New York nightclub No.8 in 2015 when they allegedly met.

Lily said that she began to feel increasingly drunk as the night went on, but wasn’t close to blacking out.

She claimed that after Noth supposedly invited her to his Greenwich Village apartment to sample his collection of whiskeys, he allegedly tried to kiss her, which she ‘cautiously entertained’.

Lily said that Noth became increasingly persistent, telling a friend after leaving his apartment that he had ‘forcibly’ had sex with her, but she refused to go to the police.

Victim Support offers support to survivors of rape and sexual abuse. You can contact them on 0333 300 6389.