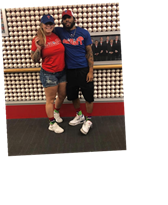 We’ve known for a long time that the relationship between Kailyn Lowry and Chris Lopez is rocky, to say the least.

But for most of that time, it was widely assumed that Chris was the bad guy.

That still might be the case, but it recently became clear that the situation is far more complex than we initially realized.

Kailyn was granted a restraining order against Chris last year, but it now looks as though he wasn’t the only aggressor in the relationship.

We now know that Kailyn was arrested in September after she allegedly assaulted Chris.

You’re probably already aware that Kail has been quite vocal in her criticism of Chris over the years.

Over the weekend, Lopez decided to speak out on the situation as well.

But in a surprise move, he chose to publicly forgive Kail for her aggressive behavior.

“Today I decided to forgive you,” reads a meme posted by Lopez.

As is so often the case with this sort of post, Chris didn’t go into specifics or mention Kail by name.

But for most of his followers, it was abundantly clear whom he was talking about.

These days, the majority of Chris’ social media content is in some way related to Kail.

And it seems his latest is no exception.

In case there were any lingering doubts that Lopez had forgiven Lowy, he unveiled a letter he had written to her during a recent Intsagram Live session.

Lopez held the letter up to the camera and fans who took a screenshot were able to decipher some of the text.

“Kail I appreciate how you wear your heart on your sleeve. The way you’ll do anything for your kids,” Lopez wrote.

“How outgoing you are. How you interact with people,” he continued.

“How independent you are. How you try to include me in your life… How you hustle,” Lopez went on.

“You gave birth to my first born. Your music taste. Giving me your time. Your perspective.”

Needless to say, it sounds as though he’s eager to bury the hatchet.

According to court documents, Kail is accused of attacking Chris upon learning that he had cut Lux’s hair without permission.

“Christopher advised that on 9/04/2020… he was struck by his ex-girlfriend, Kailyn Lowry, several times with a closed fist,” reads a filing from Lopez’s lawyers.

“Christopher stated that Kailyn and his mother had arranged to have a custodial swap for Lux Lowry at his residence.”

They claim that Lowry “returned to the residence and started attacking him [and] punching him several times on the head and upper torso because she did not want the child’s hair cut.”

Amazingly. Kail and Chris seem to have reached some fort of uneasy truce, and those custody swaps are still taking place.

Creed and Lux spent Halloween with their father, but they were back at Kail’s house by Sunday night.

So despite the fact that Kail and Chris have each accused the other one of assault, it seems they’ve been able to put their kids’ needs first.

Here’s hoping it stays that way.