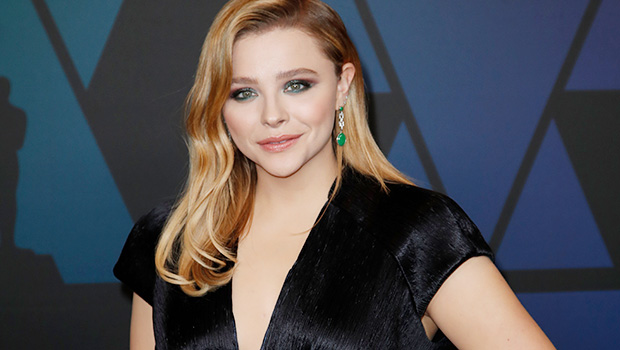 Looks like Chloe Moretz has moved on from Brooklyn Beckham! The actress was photographed kissing model Kate Harrison after grabbing dinner together. See the pics!

Chloe Moretz might have a new love in her life! The actress, 21, was spotted with model Kate Harrison in Malibu on the night of Dec. 3, and from the photographs, things were definitely heating up between them. The pair first stopped by celeb hot spot Nobu for a sushi dinner before heading over to Soho House. Later on, the two women left the club smiling, arm-in-arm. In photos obtained by TMZ, Moretz could be seen kissing Harrison further down the street after their exit from the club. Check out the photos HERE.

The website also reported that Mortez and Harrison are renting a place in Los Angeles together. HollywoodLife reached out to Moretz’s publicists for further comment, but did not receive an immediate response.

Moretz was last linked to Brooklyn Beckham, who she dated on and off between 2015 and April of this year. Things appeared over between them when Victoria and David Beckham‘s oldest son was spotted making out with model Lexi Wood at a Hollywood tattoo parlor. The pair were all smiles while Beckham got inked, and later left the shop together. The images came as a shock to fans, who believed that Beckham was still in a relationship with Moretz.

The Miseducation of Cameron Post star appeared to confirm the breakup days later by ditching a ring Beckham gifted her that had his initial on it. She had been previously spotted wearing it regularly, but was seen without it after the kissing photos came out online, according to The Mirror. Neither has said a word about the breakup publicly, but it’s safe to say that both of them have moved on from the relationship.