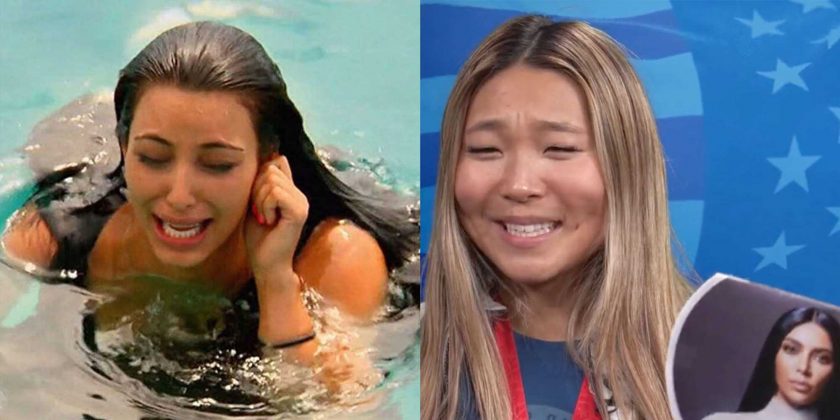 If you ever needed proof that Olympic athletes are still real people, we have it right here, in the form of gold medal-winning snowboarder Chloe Kim, doing a hilarious impression of Kim Kardashian. Why is this proof that Olympians are still real people? Because it means that even the top-performing, most dedicated athletes in the world make time to keep up with the Kardashians like us lazy normals.

Here’s how the glorious moment came about: Chloe (who is fresh off winning the gold medal in the women’s halfpipe in Beijing, btw) agreed to do a video for the NBC Olympics Twitter in which she played a game called “Chloe, Kim, or Khloe?” that basically involved her guessing if a series of fun facts were about her or one of her Kardashian name-twins.

First of all, Chloe’s Kardashian trivia knowledge is on-point. She crushed the game overall. But her best moment by far came when asked who “lost a $74,000 diamond ring in the ocean” and correctly named Kim (although, small fact check, it was a $75,000 diamond earring, unless there’s a second, eerily similar Kim K moment we’re blanking on).

Chloe didn’t just answer the question correctly though. She also did a short recreation of the highly-memed moment, including Kim’s iconic ugly cry and Kourtney’s equally-iconic “Kim, there are people dying” reaction quote. Behold: