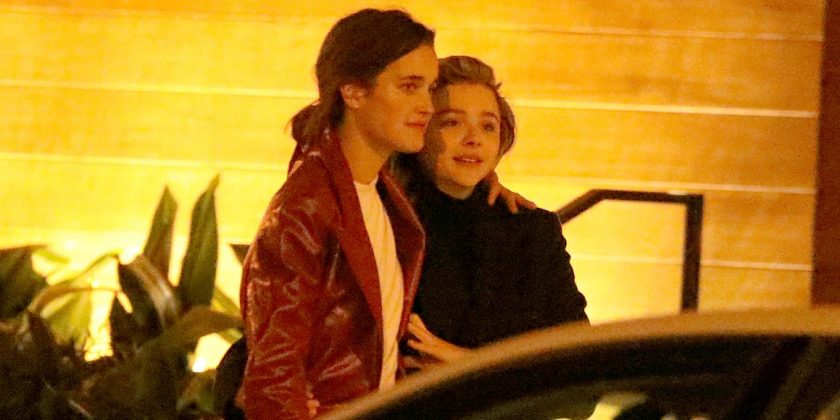 The two women stepped out together for dinner at Nobu Malibu on Monday, December 3. After the pair locked lips outside the restaurant, they were seen making out following a visit to Soho House later that evening.

Moretz, 21, has yet to publicly comment on the photos of her and Harrison, 27. The actress did, however, open up about how her two brothers, who are both gay, motivated her to be an LGBTQ advocate during a September interview with the Gay Times.

“I grew up fighting on their behalf because it broke my heart to see that yes, they can stand up for themselves, but people wouldn’t listen,” she told the outlet. “So I took it upon myself with their blessing to go out there and talk about it, and to tell people, ‘Hey, being gay is not a big deal at all. But be proud and be out there and raise the flag high. Be a part of the community, and be for the community.’ So it was never a question to me whether or not I was ever going to be an advocate, and what that meant to my heart and how it shaped me.”

Scroll through to for more pics and details: