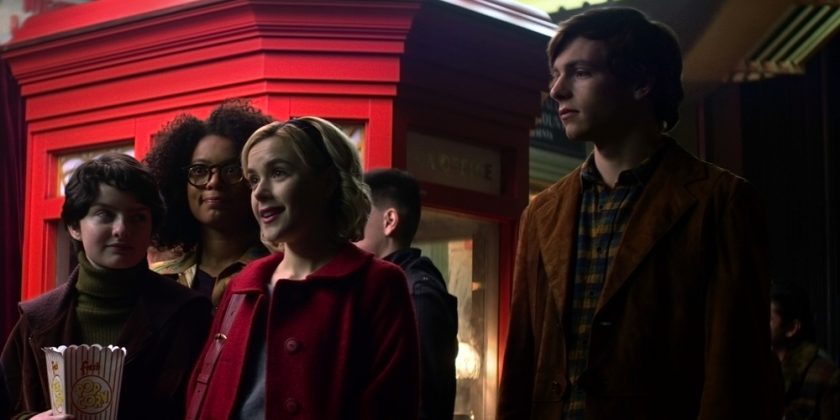 How cool is the cover for The Chilling Adventures of Sabrina‘s prequel novel?!

Scholastic will be releasing the novel, called “Season of the Witch”, written by author Sarah Rees Brennan.

Set in the summer before the events of Season 1, “Season of the Witch” finds Sabrina unsure of Harvey Kinkle’s feelings for her. To find out, she casts an enchantment on him (a suggestion from cousin Ambrose), a move that goes terribly awry once a wood spirit gets involved.

“They’re definitely gonna get a lot of extra story development, a lot of behind-the-scenes, a lot of insights. It’s like lore that they would not get from just watching the TV show,” the publishing house shared with Syfy. “When you make a TV show, there’s only so much you can do, you have a limited [amount] of time. With the book, we could take a deep dive into the character and just expand the storyline.”

“Season of the Witch” goes on sale Tuesday, July 9th.