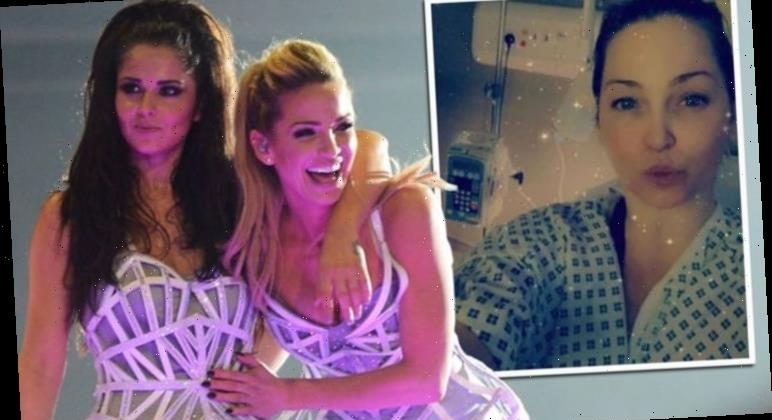 Girls Aloud star Cheryl made a rare appearance on social media this week to send her love to former co-star Sarah Harding, who has given fans an update on her cancer battle. Yesterday, Sarah thanked fans for their “love and support” revealing that she was “fighting hard” after being diagnosed with breast cancer and had written a book while undergoing treatment.

Mum-of-one Cheryl shared a link to Hear Me Out, which will be released after Christmas, on her own Instagram account, in view of her 3.6 million followers.

“Well this is going to be an interesting read,” she wrote alongside her post before adding “Love you @sarahnicoleharding”.

The pair found fame with their band Girls Aloud in 2002 after appearing on reality TV show Popstars: The Rivals.

Along with bandmates Nadine Coyle, Nicola Roberts and Kimberley Walsh, they went on to have 20 top ten hits before taking a break in 2009. 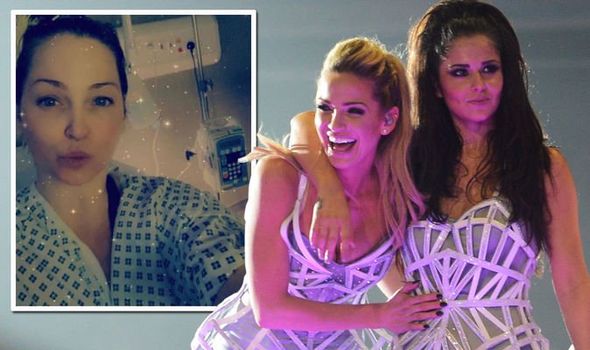 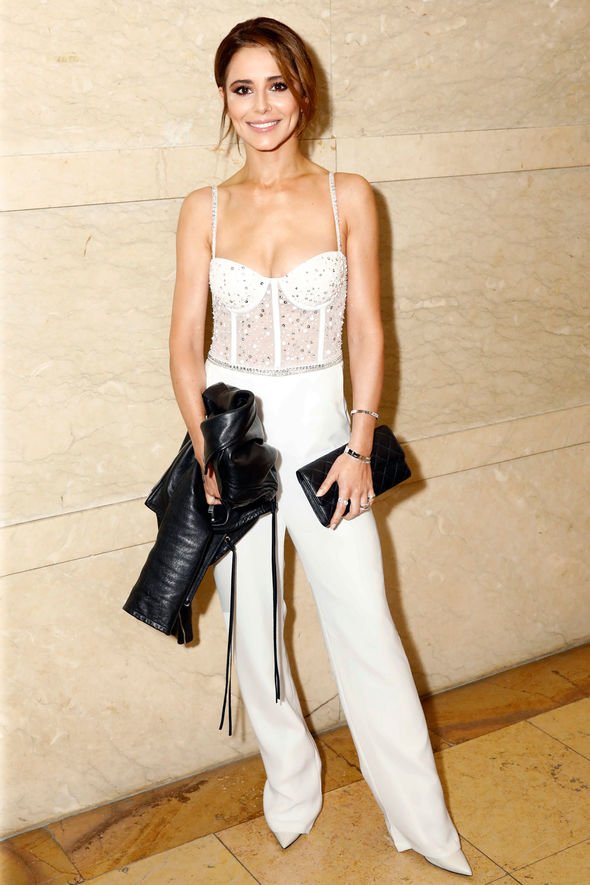 In 2012, they reunited to release a greatest hits album and go on tour.

Ten: The Hits Tour was the band’s sixth and final concert tour.

Giving fans an update on the picture-sharing site on Thursday, Sarah said writing her autobiography had given her something “fun and positive” to concentrate on while in and out of hospital for treatment.

The 39-year-old, who announced her cancer diagnosis online in August, said things had been “tough”. 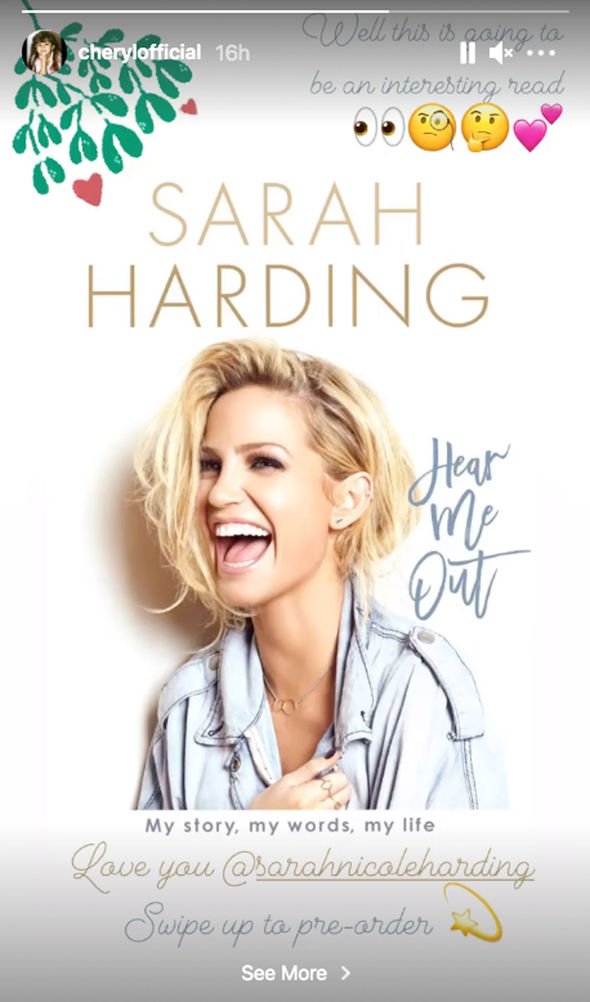 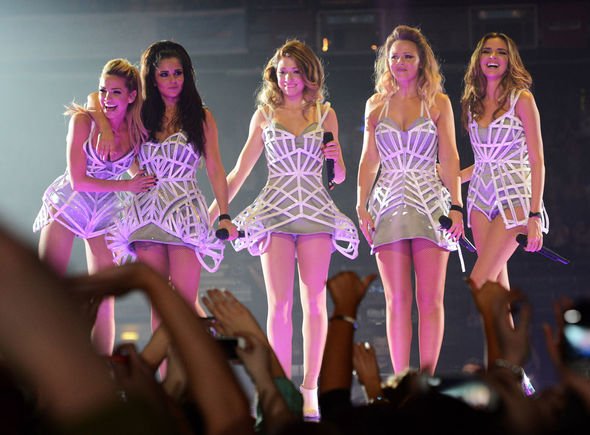 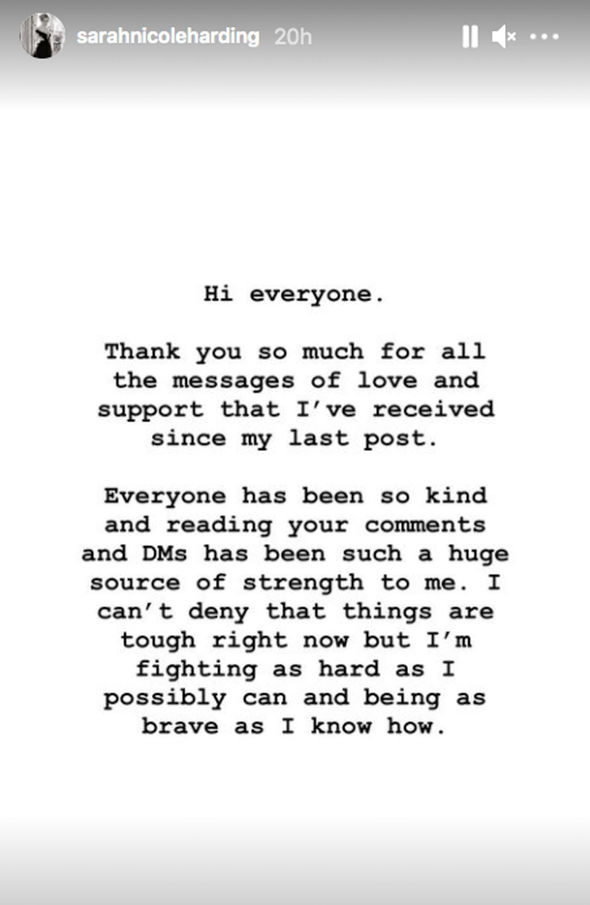 Yesterday she took to the micro-blogging site to share an update with her 237,000 followers.

“Hi everyone. Thank you so much for all the messages of love and support that I’ve received since my last post.

“Everyone has been so kind and reading your comments and DMs has been such a huge source of strength to me.

“I can’t deny that things are tough right now but I’m fighting as hard as I possibly can and being as brave as I know how,” Sarah went on to say.

Talking about her upcoming release, the former Celebrity Big Brother winner said she was “really proud” of what she had achieved.

She wrote on her Story: “In September the lovely people at Ebury Publishing asked me if I would be interested in writing a book about my life story.

“It came at such a good time for me as it’s given me something fun and positive to focus on while I’ve been stuck at home in between trips to the hospital for treatment.

The singer-turned-actress informed fans that she had nearly finished writing the book and had been looking through old photos with her mum to include in the publication.

“It’ll be out after Christmas and I’m really proud of it. I hope you like it,” she added.

On August 26, Sarah shocked her fans when she shared the devastating news that she had been diagnosed with breast cancer and it had spread to other parts of her body.

She is undergoing chemotherapy.

“There’s no easy way to say this and actually it doesn’t even feel real writing this, but here goes,” her heartbreaking post began.

“Earlier this year I was diagnosed with breast cancer and a couple of weeks ago I received the devastating news that the cancer has advanced to other parts of my body.

“I’m currently undergoing weekly chemotherapy sessions and I am fighting as hard as I possibly can.

Hear Me Out by Sarah Harding is set to be released on March 18.