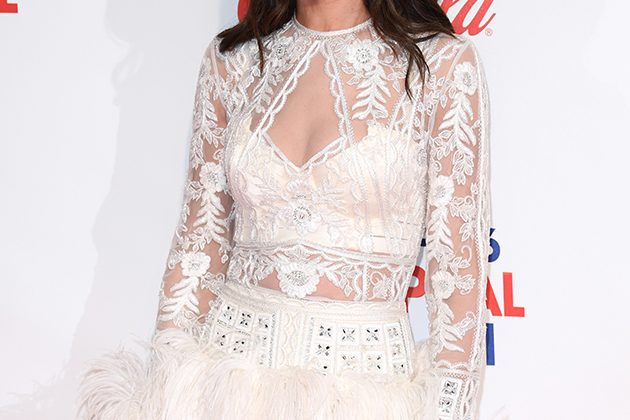 If Cheryl‘s infamous stint on The X Factor taught us anything, it’s that no-one works the judging panel quite like the Newcastle native.

And so, we were over the moon at the news of 35-year-old Chezza’s latest panel stint – as the mother-of-one joins her co-stars, Glee’s Matthew Morrison and Strictly Come Dancing professional Oti Mabuse, to judge BBC dance programme The Greatest Dancer.

The eight-part series, which is the brainchild of Simon Cowell, will air on Saturday nights as the judges aim to uncover talented dancers from every genre – from Bollywood to ballet.

With the brand new show due to begin airing on January 5, we’ve been counting down the days until Chezza makes her primetime TV return.

And thankfully, TV bosses have gifted us an early Christmas prezzie – as the official trailer for the show has been released!

It looks like we’re due to be hit with the waterworks, too, as the mother-of-one is forced to hold back tears during one very emotional audition…

In the clip, a tearful Chezza tells the dancing hopeful: ‘You clearly need to be doing this more because you’re in your element.’

The tears weren’t exclusive to Chez either, as co-judge Matthew was seen wiping away a tear as well.

The short clip has also spelt an end to the speculation of a rift between Cheryl and her dance captain Oti – as the pair perform an energetic jive at one point, appearing to get on like a house on fire!

Recently, Cheryl’s representatives were forced to dispel claims of backstage beef between her and the Strictly professional.

After insiders told The Sun that the two women had failed to hit off on set and were creating a frosty environment, Chez’s rep asserted the claims to be nonsense.

‘It’s a fabricated story – yet again trying to pit female against female on a TV show… Cheryl absolutely loves working with Oti and has a brilliant relationship with her,’ they explained.

In a further bid to set the record straight, Oti also shared a message on Instagram.

‘Imagine a world where two women work together with love, support and nothing but sisterhood… THERE’S ABSOLUTELY NO TENSION between @cherylofficial and myself.

‘This beautiful woman has been nothing but caring, accepting and guiding towards me, she’s funny, smart and honest ❤️,’ Oti shared.

Imagine a world where two women work together with love, support and nothing but sisterhood… THERE’S ABSOLUTELY NO TENSION between @cherylofficial and myself. This beautiful woman has been nothing but caring, accepting and guiding towards me, she’s funny, smart and honest ❤️ @cherylofficial sis you’re an absolute QUEEN I love you dearly and cannot wait to work with you. If anything I feel privileged and honoured to even be picked to share the same panel as you. If you guys don’t believe me make sure you tune in 5th of January 2019 on @bbcone to catch @greatestdancer ??? (just thought I’d put that last part in) #thegreatestdancer

Well, that settles that. Looking forward to having you back on our screens, Cheryl!