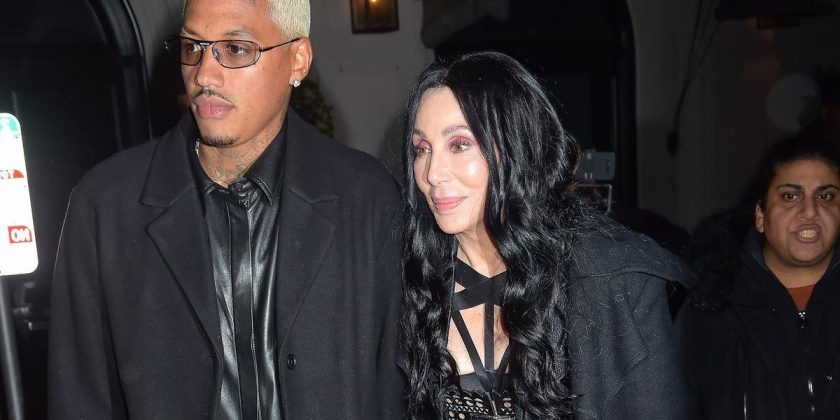 Cher has confirmed that she is dating music executive Alexander "AE" Edwards, who is 40 years her junior.

The duo were spotted hand in hand while going out for dinner in West Hollywood over the weekend, and addressing the romance, Cher, 76, stated that "love doesn't know math".

Taking to Twitter, Cher responded to many fans who had been messaging her about her new romance with the 36 year old vice president of A&R at Def Jam Records.

Posting a love heart next to "Alexander", Cher first shared a snap of her new man.

Responding to a fan who wrote: "Yess, 40 year age difference. Only Cher, I love it," Cher said: "Love doesn't know math, it [love hearts]. Rinpoche told me, 'Some people meet, others recognise'."

When one asked if Alex was her new man, she posted a smiley face with love hearts.

They then responded: "Good for you. Enjoy what you're doing and who you're with. You deserve to be happy."

Another person said that he "better be treating you like the queen you are," to which Cher replied: "LIKE A [crown emoji]."

Back in 2018, Cher revealed that she found dating a struggle due to not being able to keep things private.

She told the Daily Mail: "The problem I have with all the boyfriends lately is that I don't want to go any place with them because you can't keep a relationship going in this kind of goldfish bowl, where everything you do and every picture you have taken will be on Instagram.

"There's no way to keep something… special."

Amber was in high-profile two year relationship with Kanye West from 2008. She later married rapper Wiz Khalifa after they welcomed their first child Sebastian, nine. However, the pair divorced in 2014.