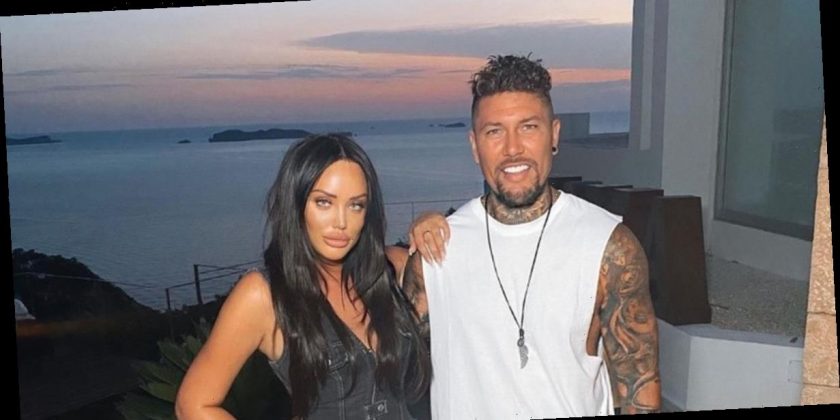 Charlotte Crosby has revealed her desire to become a mum this year.

The former Geordie Shore star told her 7.1 million followers on Instagram her plans for motherhood.

Taking to her Instagram stories, Charlotte, 30, allowed her fans to ask her anything in a Q&A style quiz. One fan penned the question: “When do you want kids?”, to which Charlotte honestly replied: “End of this year.”

“Geordie shore 10 year reunion yay or nay?!! Xx” asked one Instagramer, to which Charlotte responded confirming she’d be taking part in the show with a multi-coloured moving giff which spelt the word: “Yay.”

The MTV reality reunion show, where we will see the legendary cast come back together, is being filmed in Columbia.

It was reported that Charlotte walked out of filming 14 days before the show was due to wrap up because she missed her boyfriend, Liam Beaumont.

"Charlotte's so busy in the UK – she's got several businesses, the house renovation and Liam waiting at home for her," a source told The Sun.

"She doesn't want to leave any of that for too long, so she's agreed to film for two weeks then return home, while the rest of the cast stay out for a month."

Charlotte’s been dating her videographer boyfriend since February last year after meeting in Dubai through DJ Chris Wright. The I’m A Celeb star seems to be head over heels with her new man, who she treated to a magical Valentines Day experience, despite covid restrictions.

Charlotte went all out on her second Valentines Day with Liam, creating a personalised pop-up dining experience in their garden.

“Igloo in garden – COMPLETED IT MATE”, wrote Charlotte. “Dinner tonight with my love, how magical.”

Charlotte previously thanked Liam, who moved into her mansion in April last year, for teaching her how to be in the right relationship.

“THANKYOU for being the most patient, kind, trustworthy, intelligent, loyal and very very funny man to me,” she said. “You’ve taught me so much, but the greatest thing has to be that you’ve taught me what it feels like to be in the right relationship.”

The reality TV star was famously in a rollercoaster relationship with her Geordie Shore co-star, Gaz Beadle.

The pair called quits on their relationship after Charlotte sadly suffered an ectopic pregnancy in 2016.