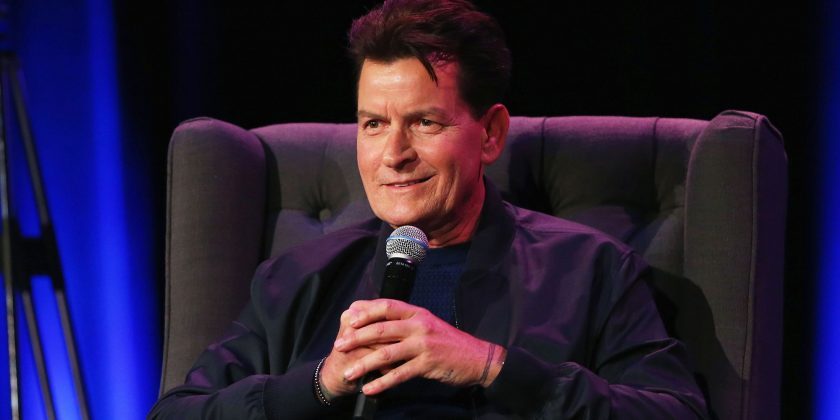 Making strides. Charlie Sheen revealed on Tuesday, December 11, that he has been sober for one year.

“so, THIS happened yesterday!” the 53-year-old actor captioned a photo of his Alcoholics Anonymous sobriety coin on Tuesday via Twitter. “a fabulous moment, in my renewed journey. #TotallyFocused.”

Sheen previously bashed AA in February 2011 amid his struggles with substance abuse, calling the 12-step program a “cult.”

“I have a disease? “Bulls—t. I cured it … with my mind,” the Hot Shots! actor said on the Alex Jones Show at the time. “I can’t use the word sober because that’s a term from those people, and I have cleansed myself. I have closed my eyes and in a nanosecond I cured myself from this ridiculous … It’s just the work of sissies. The only thing I’m addicted to right now is winning. You know? This bootleg cult arrogantly referred to as AA now supports a 5 percent success rate. My success rate is 100 percent. Do the math! One of their stupid mottos is ‘Don’t be special, be one of us.’ News flash: I am special and I will never be one of you.”

A month after his controversial comments about AA and Two and a Half Men creator Chuck Lorre, Sheen was fired from the series and replaced with Ashton Kutcher. In the following months, the Ferris Bueller actor’s bizarre behavior continued to make headlines as he referred to himself as a “warlock” with “tiger blood.”

In November 2015, Sheen revealed on the Today show that he is HIV-positive. The actor’s father, Martin Sheen, opened up exclusively to Us Weekly about his son’s journey in September.

“I think all of us are striving to lead honest lives,” The West Wing alum told Us about how proud he was when Charlie publicly revealed his HIV diagnosis. “That’s a requirement of every human being. It’s most difficult when you are known. The bigger your celebrity, the more difficult it is to lead an honest life because your past is always present … I think today makes it that much harder for people because there’s so little privacy. I think that the idea of [anonymity] is very important to the program, and it has an energy all its own.”