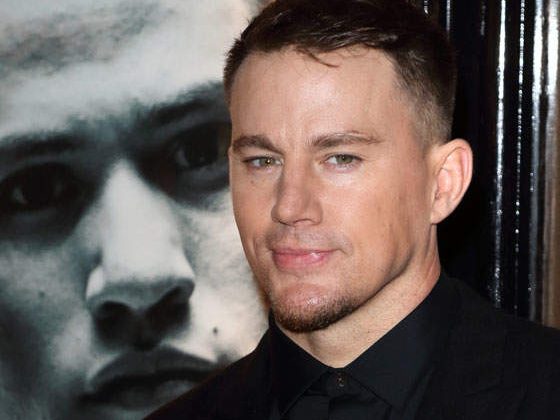 The Marvel Cinematic Universe is a comic geek’s wet dream come true. However one of its most popular characters, Gambit, has been sitting around for years playing Solitaire waiting for his chance at marketable merchandise fame. Enter Channing Tatum. He has been in talks of portraying the character forever, but after the project was shunned by a slew of directors, he’s laying all of his cards on the table and claiming he will direct the movie himself.

Deadline reports that Channing has recently split from his management team UTA and Management 360 but since he’s still listed as a producer of the potential Gambit film, he’s ready to take a chance and make his debut as a director on the project. Channing, I’mma stop you right here because it needs to be said: dude, please go find yourself a director. Seriously, I love Gambit way too much to have this cat get confused about what he’s supposed to be doing while running in front of and behind the camera. Then again, sometimes the worse actors make the greatest directors (looking at you, Tarantino). However, I don’t think that’s the case with this dude. If there’s no pole, body rolling or constant shots of him damn near naked in every scene the film will be a huge flop. And honestly, according to ScreenRant, the shit probably won’t happen now anyway.

Unfortunately for Tatum, it is very unlikely that he’ll get a chance to see this through, whether as a director or just the star. It has recently been rumored that Gambit has been shelved as a result of Disney’s pending acquisition of 20th Century Fox. This deal will result in all Marvel characters and properties being brought under the Marvel Studios brand. Kevin Feige’s plans for these new characters have yet to be revealed, as Marvel cannot legally do so until the deal closes. The deal is expected to be finalized in just a few weeks, so even if Gambit hasn’t officially been canceled yet, it may just be a matter of time. That said, maybe Feige can see Gambit being one of the MCU’s first mutants and Tatum can actually see this project all the way through.

Maybe it’s time for Channing to dust off his speedos and collect a quick Magic Mike check since some people still love to see middle-aged white men break out 90’s dance moves that make the ladies dewy down there. And in an homage to Gambit one of Channing’s costumes could be a g-string made out of a deck of cards that lights up whenever people cheer and scream “Take it off!!”