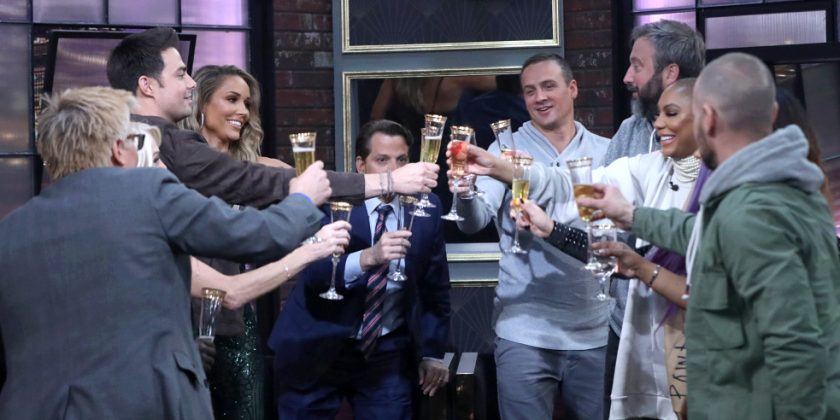 The first episode of Celebrity Big Brother season two just aired and we have a recap with spoilers right here. It goes without saying, stop reading now if you don’t want to know what happened!

Julie Chen is back hosting the show again this year and she welcomed the 12 celebrity houseguests into the house at the beginning of the episode.

Shortly after the celebs entered the house, Julie revealed some big twists and told the contestants that they’d be paired up for the first competition.

The two celebrities that didn’t get picked to be in pairs – actor Kato Kaelin and former WWE wrestler Natalie Eva Marie – found out that they are both safe from eviction this week.

The competition was won by Olympic medalist Ryan Lochte and Mean Girls actor Jonathan Bennett. Another twist was revealed after the competition was over. The pair now has to break up and compete against each other to find out who will become the first Head of Household. The loser will be the first contestant to be nominated for eviction this season.

WILL YOU CONTINUE to watch Celebrity Big Brother this season?