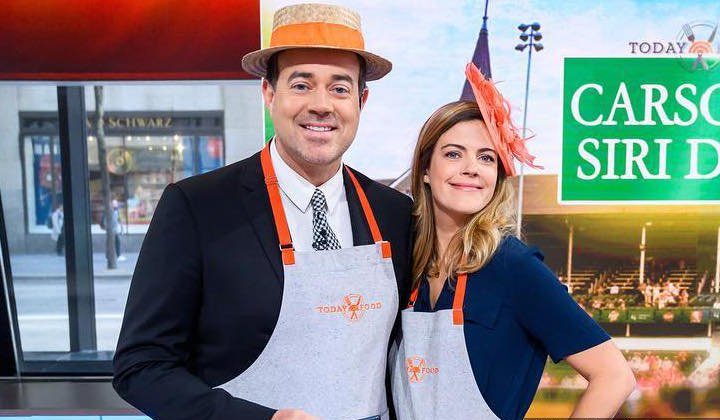 The host of ‘The Voice’ catches his ‘Today’ colleagues off guard when he makes the announcement that he will be a father of four in Spring during his daily Pop Start segment.

AceShowbiz -U.S. TV personality Carson Daly is set to become a dad for the fourth time.

“The Voice” host stunned his colleagues on the “Today” show on Friday, September 20, when he announced the news his wife Siri is pregnant during his daily Pop Start segment.

“And finally, Siri Daly, my incredible wife, she’s gearing up for a big spring because that’s when she’s going to give birth to our fourth and newest member of the Daly family,” he gushed.

The couple is already parents to Jackson, 10, Etta, seven, and five-year-old London.

Carson and Siri tied the knot in December 2015.