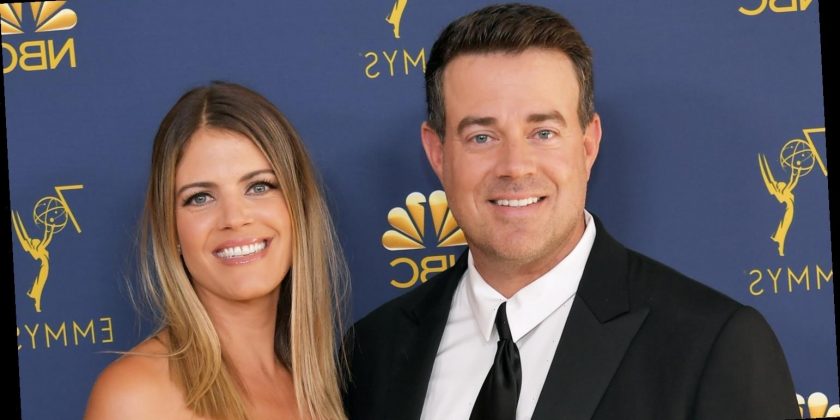 Carson Daly and wife Siri are enjoying being sleep divorced!

The 46-year-old Today show co-anchor shared in a new interview that the pair first began sleep divorcing – sleeping in separate bedrooms – last fall when Siri was pregnant with the couple’s fourth child.

“We’re both pretty good-sized humans and it just wasn’t really working when she was in her third trimester, and I also have sleep apnea, which is very sexy for the ladies out there, I’m sure,” Carson shared with People. “She couldn’t get comfortable, so we were like a commercial you would see, kicking each other and just not sleeping. We woke up and we just shook hands like, ‘I love you, but it’s time to sleep divorce. It’ll be the best thing for all of us.’”

Once Siri gave birth to daughter Goldie in March, Carson and his wife decided to continue being sleep divorced. The family temporarily moved from New York City to California so that Carson could wrap filming the latest season of The Voice, meaning his new wake up time for Today comes around 3am.

“I’m purposely not sleeping, obviously, with [Siri] and Goldie, because I don’t want to wake them up at 3 o’clock in the morning,” Carson explained. “We’re still sleep divorced, but for discernibly different reasons…I don’t know if we’ll ever sleep together again.”