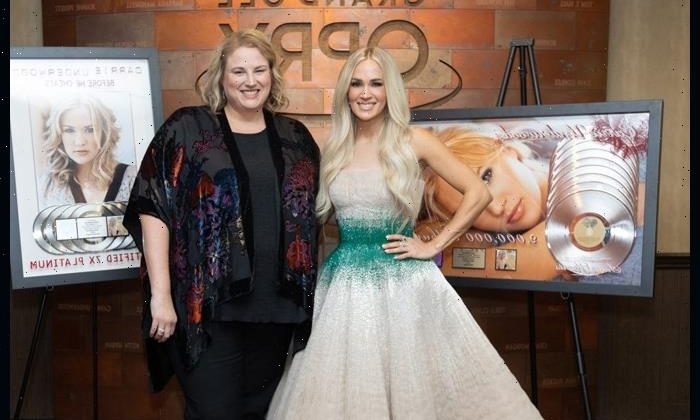 The country music icon was presented with plaques to commemorate the certifications by Jackie Jones, RIAA Vice President, Artist & Industry Relations, during her performance at the Grand Ole Opry last week.

Some Hearts is the sixth and most recent country album to achieve 9x Platinum. Carrie now joins Garth Brooks and Taylor Swift as the only three country artists to release and certify an album that high in the past 16 years.

“Before He Cheats,” written by Josh Kear and Chris Tompkins, is the 11th and most recent country song to achieve 7x Platinum.

All nine of Carrie’s consecutive album releases from the beginning of her career debuted at No. 1 on the Billboard Country Chart, making her the only artist to accomplish that feat.