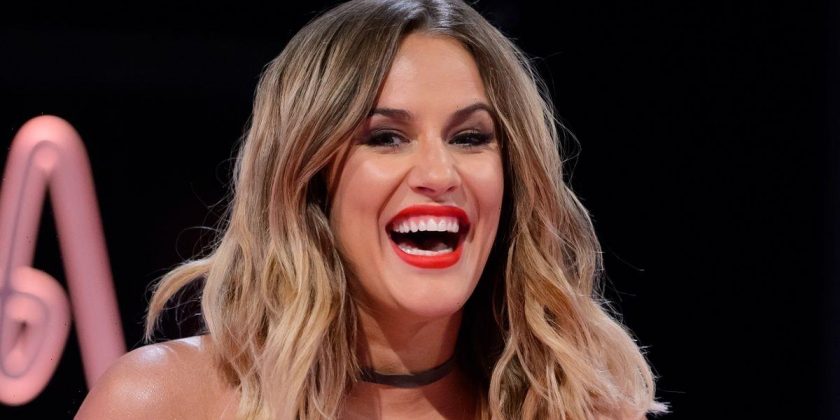 Caroline Flack's family and friends paid tribute to the late Love Island host at a festival held in her memory on Monday.

The star, who took her own life aged 40 in 2020, was honoured at Flackstock, a comedy, music and dance event raising money for charities Mind, Samaritans, Choose Love and the Charlie Waller Trust.

Opening the event, Caroline’s sister Jody told the crowd that everyone performing was a friend of Caroline’s, saying it was an ideal day “full of dancing”.

She told the PA news agency: “This is who she was, this is what she liked, we are sort of encapsulating her today. Jody continued: “We have tried to do that from the very beginning, our motto was ‘What would Caroline do’ the whole way through.

“Today is definitely a good day, there is a lot of bad ones there have been but today is a good one.”

Jody added that there would “hopefully” be another Flackstock in the future.

Fleur East, Pixie Lott and Joel Dommett were among those who performed in the grounds of Englefield House, near Pangbourne in Berkshire on Monday.

Singer Pixie dedicated a cover of Use Somebody by Kings of Leon to Caroline, telling the crowd: “We are all here for the amazing Caroline Flack, I love you so much Cazza.” Writer Dawn told the PA news agency: “She was such a loved TV personality and I think her death affected so many people, I think it reminded people that what you see is not necessarily what you get.

“I think everyone assumed that Caroline was extremely okay when she wasn’t and I think a lot of people have taken a lot from that.

“She loved festivals more than anything in the world so we thought she should just get her one of her own. “The line-up is mostly her friends, Caroline knew so many people and especially doing The X Factor the amount of people she knew from all the jobs she did so we got together and just asked everyone, and pretty much everyone we asked said yes.

“In terms of trying to book a line-up it really came to us. It is everything I expected but it is so emotional, I keep going up and down.” TV presenter Rylan Clarke took to the stage, telling the crowd: “I tell you what if she was here, she wouldn’t remember any of it, you know what she was like. This is unreal.

“When they asked me to come I said absolutely even though I have a 6pm flight to Scotland.” Janette Manrara and her husband Aljaz Skorjanec, who met Caroline when she took part in and won the 2014 series of Strictly Come Dancing, also attended the event.

Janette told the PA news agency: “Every time we hung out non-work wise the first thing she would do was pop on a song start singing, start dancing, she loved music, she loved singing and dancing so I think today is a perfect celebration of that part of her.

“I think every single person performing today knew how special she was and that’s probably why the yeses came so quick. She loved being at festivals so what better way to celebrate her than having one.” The married couple later performed a dance on stage to Footloose before teaching the crowd some salsa steps and coordinating a festival dance with The Masked Singer host Joel and Keith Lemon joining the pair on stage.

Funds raised will be equally split between the charities Choose Love, Mind, Samaritans and the Charlie Waller Trust.

The festival had a mindfulness set up by the charity Mind featuring workshops all day guaranteed to “charge your soul and mind,” O’Porter told the crowd.

It was also announced that Sky were recording the festival for a documentary broadcasting in August.