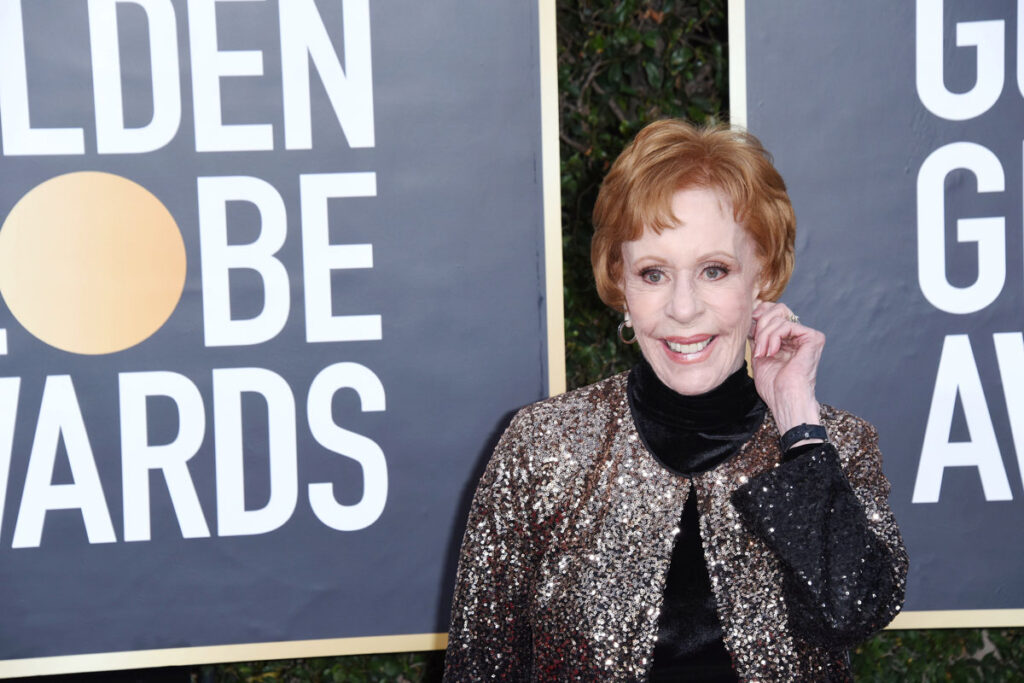 The Carol Burnett Show ran from 1967-1978. I remember gathering as a family to watch it and have watched it countless times in reruns. If you’ve never seen it, do yourself a favor and watch the sketches that I know will be mentioned in the comments below. The format was pretty standard for variety shows for the time, with musical numbers, dancers, sketches and guest stars. The cast was incredible: Carol, Harvey Korman, Tim Conway, the heartthrob Lyle Waggoner and the “new kid” Vicki Lawrence, who was only 18 when they show began. The costumer for the show was Bob Mackie. If you are at all familiar with the show, you know how good it was. If you only know Carol, it was her baby so you can imagine how good it was. Carol recently told Michael Kushner on the Dear Multi-Hyphenate podcast that a CBS vice-president tried to shut the show down when Carol first pitched it. Why? Because he said “comedy variety is a man’s game”, not a woman’s thing. An idiot says what now?

After deciding to leave The Garry Moore Show where she gained enough popularity “to do other things,” Burnett told the podcast host Michael Kushner that “CBS offered me a contract to stay with them for 10 years where I would be obligated to do one special a year — an hour-long special a year and two guest appearances on some of their sitcoms.”

When the right time finally came, which was the last week of her fifth year on the agreement, she said she called the CBS vice president in New York and told him she wanted to “push that button” — but the executive did not remember the clause.

Burnett noted that the network vice president listed the names of the men who had done comedy variety shows, such as Sid Caesar, Milton Berle, Jackie Gleason, and Dean Martin, before pitching her a different proposal, saying, “And we got this great little sitcom we would love you to do called Here’s Agnes.”

Reflecting on the moment, the Golden Globe winner said, “Oh, my, God. Could you imagine?”
In response, Burnett told the executive, “I don’t want to be Agnes every week, I want to have an hourlong show… I want to guest stars, I want music, I want dancers, I want singers, I want sketch comedy on and on and on,’ And Michael they had to put us on the air.”

I had the wonderful opportunity to see Carol interview Steve Martin for one of his book signings a few years back. They’re both such amazing story tellers, it was a great evening. I read so much of this article in her voice, with her inflection, because it’s imprinted on my mind. Because she is, and I don’t use this word lightly, iconic. I’m not at all surprised that someone told THE Carol Burnett that comedy variety was a man’s game, because that’s the narrowmindedness that pervaded in television then. I’m sure it’s still lurking around today. What is surprising is the adroitness of Carol’s agent getting a stipulation like that into her contract that was so concrete, the execs couldn’t loophole out of it when Carol exercised the clause. Good for Carol for sticking by her guns on that. You know that VP thought he could intimidate this “girl” with his response. As Carol goes on to say in the podcast, the show ran for 276 episodes. It earned 25 Emmys and consistently makes the All Time Best of Television lists. Thank goodness Carol knew her value even when that “man” didn’t. FYI, Carol has written a few memoirs that are all great. I am partial to her first one, One More Time: A Memoir.

As for the The Carol Burnett Show, I could go on and on. The Went with the Wind sketch is brilliant. The Dentist sketch is classic. The best is when the cast started corpsing, which they actively tried to make each other do, by the way. Especially Tim Conway. Like in my absolute favorite outtake, when Tim started improvising as he often did, and set the cast plus guest star Dick Van Dyke off. But Vicki got the last laugh on this one: 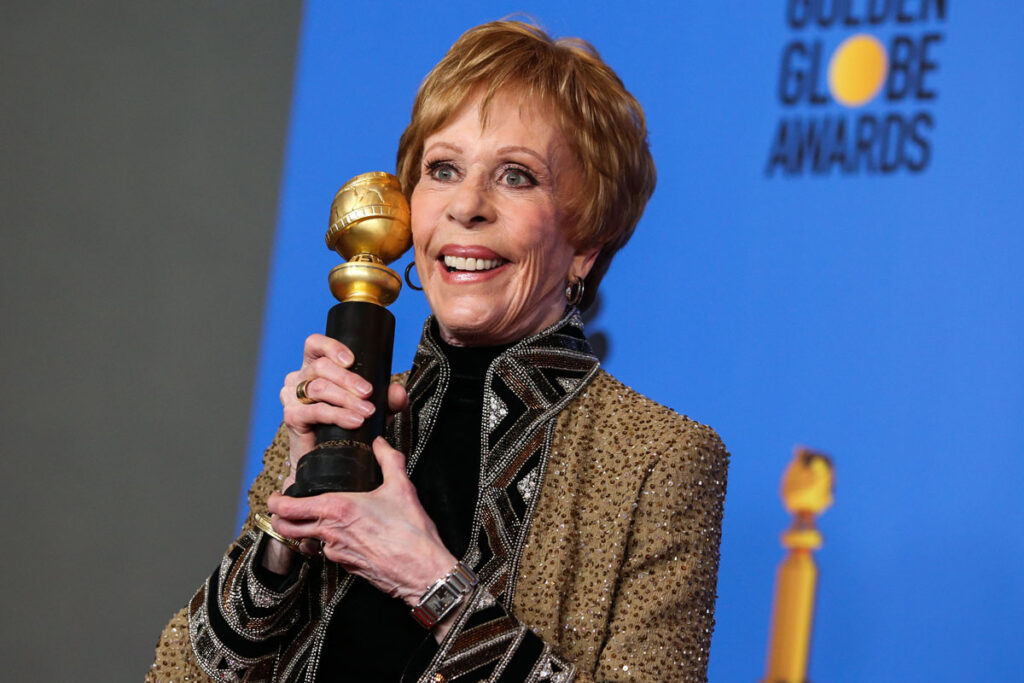