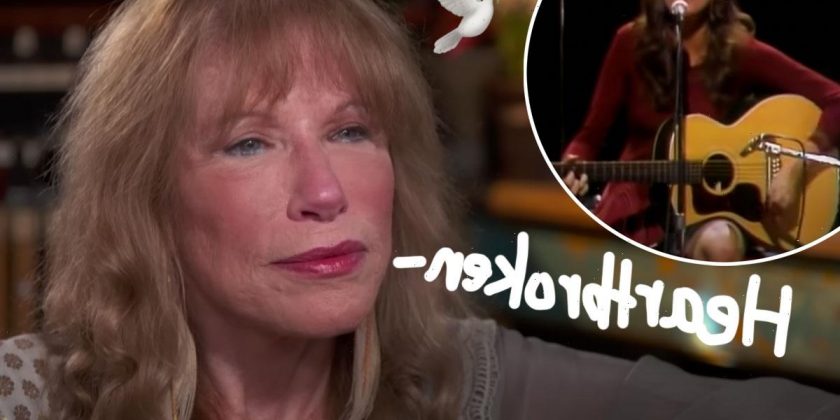 Carly Simon is opening up after suffering two back-to-back losses.

The legendary singer, known for her classic 1977 James Bond song, Nobody Does It Better, is reeling after losing her two dear sisters to cancer last week. Joanna Simon, a prominent mezzo-soprano, who mesmerized opera audiences from 1962-1986, died at 85 years old last Wednesday in a Manhattan hospital after a battle with thyroid cancer. Then, in a shocking twist of fate, 82-year-old former Broadway composer Lucy Simon died the following day at her home in Piermont, New York, as a result of her own battle with metastatic breast cancer.

Now, 77-year-old Carly is the only remaining sister. In a Sunday statement to Deadline, the surviving sister emotionally conveyed her state of mind:

“I am filled with sorrow to speak about the passing of Joanna and Lucy Simon. Their loss will be long and haunting. As sad as this day is, it’s impossible to mourn them without celebrating their incredible lives that they lived. We were three sisters who not only took turns blazing trails and marking courses for one another, we were each others secret shares. The co-keepers of each other’s memories. I have no words to explain the feeling of suddenly being the only remaining direct offspring of Richard and Andrea Simon. They touched everyone they knew and those of us they’ve left behind will be lucky and honored to carry their memories forward.

With great and eternal love and respect,

We can’t even begin to fathom the sorrow Carly is experiencing right now — her words really show just how close she was with her two sisters, and what a positive impact they made on her. The siblings also shared one brother, Peter Simon, who passed away back in 2018, and were the children of Richard Simon, known globally for his role in renowned publishing company Simon & Schuster.

Carly and Lucy were known as the Simom Sisters in the ’60s, a folk duo that made their way to television appearances on 1963’s Hootenanny, and broke into the Billboard Hot 100 for their 1964 hit, Wynken, Blynken, and Nod. As for Joanna, she gained international fame for originating the role of Pantasilea in the 1967 hit Bomarzo, as well as using her operatic talents for songs like Somewhere Over the Rainbow, and singing backup for her sisters.

A very full life, and an even fuller legacy left behind. Our hearts are with Carly during this unthinkable time. Rest in peace to two beautiful souls.