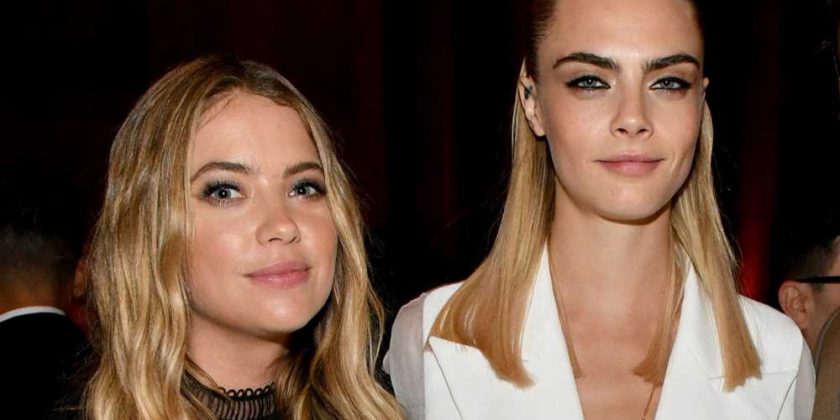 Cara Delevigne has revealed how her relationship with Ashley Benson began.

“We weren’t looking for it,” the model told Marie Claire in the Sept. 2019 issue. “It was really just very authentic and natural.”

The pair met on the set of Alex Ross Perry’s “Her Smell” in Spring 2018 and things took off from there.

Rumors began swirling last August when Benson sported a necklace with the letters “C” and “A” on it–undoubtedly referring to their first initials. Soon after, Benson helped Delevingne celebrate her 26th birthday.

And by the time summer was over, the “Pretty Little Liars” actress confirmed their relationship by calling Delevingne “mine” in an Instagram post of the model in September 2018.

Since then, they have been inseparable, popping up at Paris Fashion Week together, showing PDA in a kissing video to celebrate Pride, and getting matching tattoos.

“She’s one of the people who helped me love myself when I needed it most,” Delevegne said of Benson during a speech at the Trevor Project’s fundraising gala where she received the Hero Award, according to the magazine.