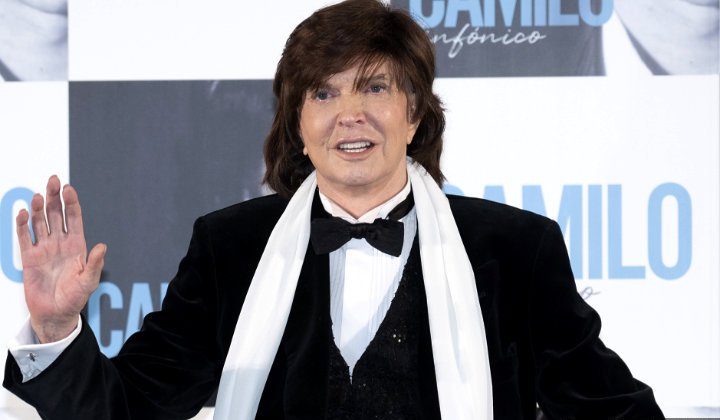 The Spanish singer died from a reported cardiac arrest at a hospital in Madrid, Spain, prompting the likes of Antonio Banderas and Prime Minister Pedro Sanchez to pay tribute on social media.

AceShowbiz -Spanish singer Camilo Sesto has died, a week before the release of his new album.

He also enjoyed theatrical success as the star of the Spanish version of “Jesus Christ Superstar” in the mid-1970s. Sesto financed the production and the popular cast album.

Over the course of his career, he sold more than 180 million albums worldwide.

Confirming the news of his death on Sunday, September 8, Sesto’s family writes, “Dear friends, We are very sorry to inform you that our great and dear artist Camilo Sesto has left us. Rest in peace.”

Reports suggest he died from cardiac arrest at a hospital in Madrid, Spain.

Antonio Banderas and Spanish Prime Minister, Pedro Sanchez, were among the first friends and fans to salute the singer on social media.

The actor tweeted, “From ‘Ya No Puedo Mas’ to the opera rock ‘Jesus Christ Superstar’, he leaves us with many emblematic songs that make up the soundtrack of our lives and that time will not take away. Rest in Peace, Camilo Sesto.”

Pedro Sanchez joins in to pay tribute to the late Spanish singer.

Sanchez adds, “With his genuine voice, as a singer and composer, he managed to be one of the most loved and universal artists. Spain and all of Latin America lament the loss of Camilo Sesto.”