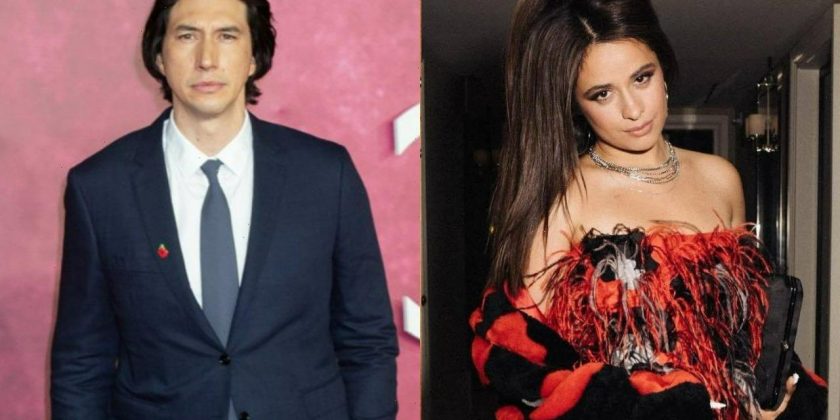 In a new interview, the ‘Havana’ hitmaker says that the ‘Star Wars: The Rise of Skywalker’ actor is one of her dream dinner party guests after she discovered his breakthrough TV series ‘Girls’.

AceShowbiz –Camila Cabello has confessed that she has a crush on Adam Driver. In a new interview, the “Havana” hitmaker admitted that she is “obsessed” with the “House of Gucci” actor.

The 25-year-old singer admitted the “Star Wars: The Rise of Skywalker” actor would be one of her dream dinner party guests because she’s recently discovered his breakthrough TV series “Girls“, and if the fantasy meal ever happened, he’d find himself sharing a table with broadcasting legend Oprah Winfrey and music producer Mark Ronson.

“I’m going to say Mark Ronson, just the other person that popped up in my head. I love him, I’ve been listening to his podcast a lot, I love the FADER podcast. And Oprah [Winfrey],” Camila continued. “I feel like these are all actually pretty good… That would be a really great party.”

While Camila thinks Mark would make a great dinner party guest, he’s not at the top of her list for musical collaborations. She said, “My dream collab would be Bad Bunny. I love his album ‘Un Verano Sin Ti’, I played it throughout this whole [Cosmopolitan U.K. cover] shoot. I think he’s a sick artist.”

Meanwhile, Camila also confessed to enjoying belting out Miley Cyrus when she singer karaoke. She said, “My last karaoke song was ‘The Climb’ by Miley Cyrus. I’m so shy right now!”

After briefly singing, she added, “I feel like I was just like that TikTok that was like ‘Don’t make me sing, don’t make me sing…’ I was literally about to sing that very loudly, so I guess I know what kind of person I am.”