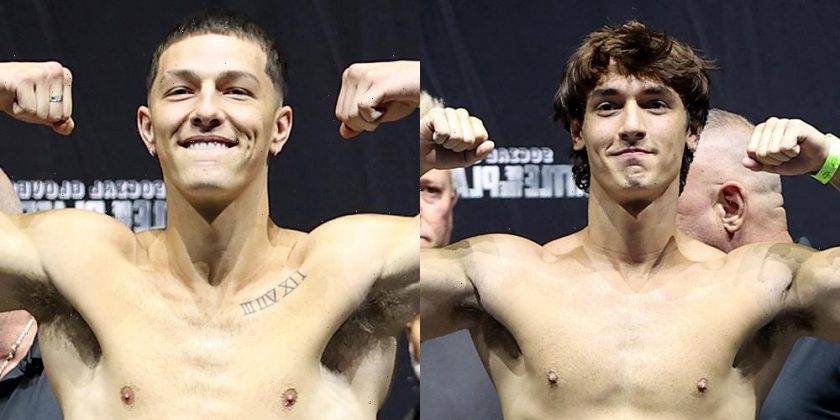 The guys were joined by their opponents, YouTubers Austin McBroom, AnEsonGib and Deji, among many other competitors.

The Social Gloves: Battle Of The Platforms boxing event is taking place TOMORROW (June 12) at the Hard Rock Stadium in Miami Gardens, Fla, starting at 7pm ET/PT. DJ Khaled, Lil Baby and Migos are all set to perform.

You can purchase your PPV tickets to watch at LivexLive.com!

A few weeks ago, the guys stepped out for a press conference, where things got a little out of hand when Bryce lunged after Austin.

Check out all of the photos from the weigh-in in the gallery!