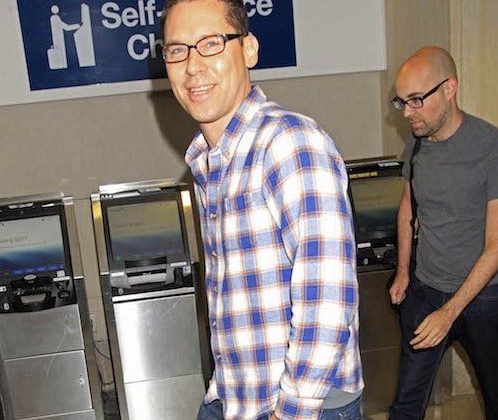 If you didn’t know about the rumors, allegations, lawsuits, and accompanying personal accounts of rape and abuse of young men and boys at the hands of Bryan Singer before, you do now. The elephant that was sitting over in the corner this whole time just stood up and took a giant dump all over the coffee table (no offense to elephants). One would think that the well-researched article at The Atlantic would cause Hollywood to step away from Bryan completely, but with friends like Millennium Films chairman Avi Lerner at his side, he’s gonna be just fine. Bohemian Rhapsody was pulled from the GLAAD Awards, but he’s still going to be better than fine even.

Avi issued a statement in support of Bryan:

“I continue to be in development for Red Sonja and Bryan Singer continues to be attached. The over $800 million Bohemian Rhapsody has grossed, making it the highest grossing drama in film history, is testament to his remarkable vision and acumen. I know the difference between agenda driven fake news and reality, and I am very comfortable with this decision. In America people are innocent until proven otherwise.”

Let me tell you a little something about Avi. In 2017, he was named in a sexual harassment lawsuit against Millennial films. According to Variety, the work environment at the house that Rambo and The Expendables franchises built was vile and toxic for women, per the suit.

The suit alleges that women were called “whores,” “cocksuckers,” and “mistresses,” and actresses were routinely called “too fat,” “too ugly” and “too old.”

According to the suit, Avi frequently hired “unqualified girlfriends to produce his films” and  encouraged female employees to parade around the office in skimpy clothes without underwear.

When the plaintiff complained about the company’s hiring practices, she was told that “the girls” were valuable to the company because they helped procure prostitutes for actors working with the company and for Lerner’s friends, according to the suit.

Avi was also singled out by Terry Crews in his sexual harassment suit and claimed that Avi threatened him by saying there would be “trouble” if he didn’t drop his suit against Adam Venit. Ultimately, Terry wasn’t offered a role in The Expendables 4, even though he was in the first 3 movies.

There was some additional fuckery that involved Keanu Reeves dropping out of a Millennium movie at the last minute. Avi was pissed. Apparently the movie was in pre-production, even though there was no signed contract yet. So Avi didn’t have any legal recourse, but he threatened to sue anyway saying “I maybe will ask the legal system in America to go in there to pay us back. Maybe he will be smart enough to pay us back, I don’t know”. Gee, I wonder why Keanu didn’t want to work with this guy. Sad!