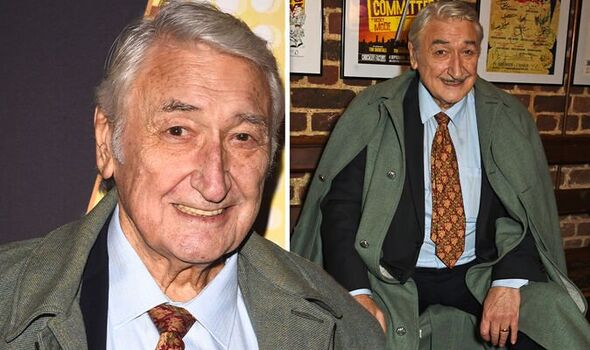 Bruce Montague, who starred in Butterflies, Doctor Who and Hollyoaks, has died aged 83.

Talent Agency Belfield and Ward confirmed the news in a statement, writing: “We are very sad to report that the glorious Bruce Montague has passed away.

“Such a gentleman and he will be sorely missed. What a talent and what a career on stage and screen! From Butterflies to more recently Funny Girl and 42nd St.

Bruce is best known for his role as Leonard Dunn in the BBC Two sitcom, Butterflies, which aired from 1978 until 1983.

He also starred in the Doctor Who audio adventure, The Genocide Machine, as a character named Elgin in 2000.

The following year, he took on the role of Gnash in Doctor Who’s Sword of Orion alongide Paul McCann.

Bruce also had a successful career on the stage with several West End roles under his belt.

In 2016, Bruce starred alongside Sheridan Smith and the late Darius Campbell Danesh in a production of Funny Girl at The Savoy Theatre.

He played Mr Brownlow in Oliver! at the London Palladium for three years where he was directed by Academy Award winner Sam Mendes.

He played in Phantom of the Opera at Her Majesty’s Theatre for two years and also starred as Abner Dillon in 42nd Street.

Bruce was married to actress and novelist, Barbara Latham.

They have two children, Sam – who is a Director of Photography – and Kate – a teacher.