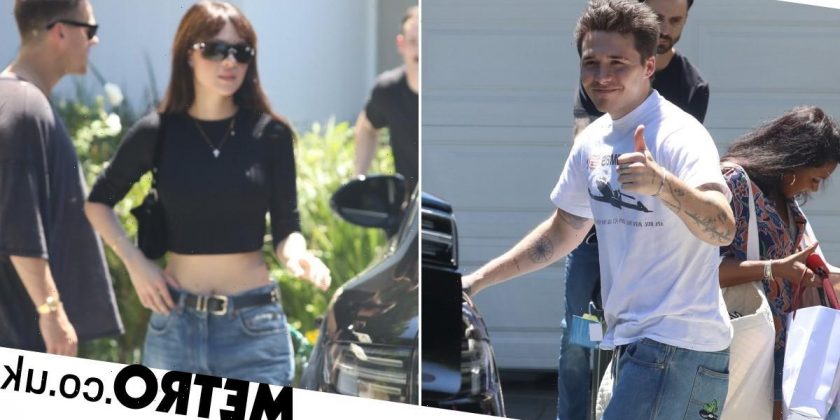 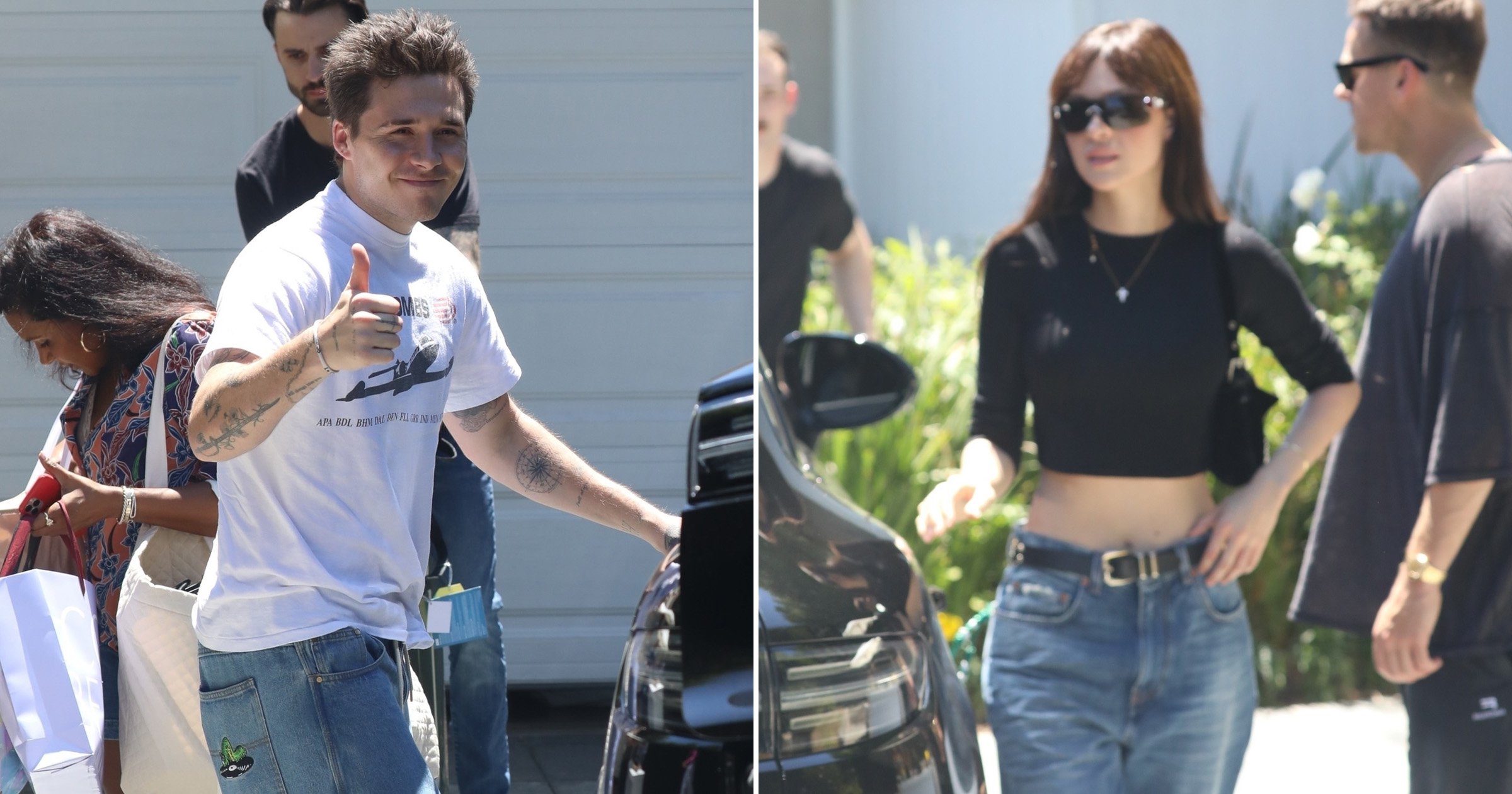 Nicola Peltz looked effortlessly stunning as she attended a swanky party with her husband, Brooklyn Beckham, days after he shared his hopes for expanding their family – in a big way.

The happy couple tied the knot in April in a lavish ceremony in Palm Beach Florida, before jet-setting to Saint-Tropez for a decadent honeymoon.

But back to business and attending a luxury event in Brentwood, Los Angeles, on Sunday, Brooklyn, 23, and Nicola, 27, seemed relaxed and happy as they headed out.

Nicola showcased her toned midriff in a long sleeve black crop top which she paired with straight-leg denim jeans.

The billionaire heiress finished the look with a black belt and platform black heels.

Brooklyn also sported casual attire for the star-studded affair as he smiled to cameras in his white trainers, baggy denim jeans and a plain white T-shirt, flashing a thumbs up as he headed to his car.

The Day of Indulgence party is typically a women’s only event that involves pampering the A-Listers by the pool at this exclusive and intimate shindig where they leave with expensive gifts.

Their joint outing comes days after the eldest son of Victoria and David Beckham opened up about his desire to be a ‘young dad’, dishing on his hope to adopt as well as have biological children.

‘I’ve always wanted to be a to be a young dad and I would love to have a family soon, but whenever my wife is ready,’ he told Entertainment Tonight.

Despite his eagerness to start a family, he admitted it was his wife’s decision as it’s ‘her body.’

The loved up couple met four years ago at Coachella, before they started to date in October 2019.

It’s also not the first time that Brooklyn has shared he would love to have ‘little Peltz Beckhams’ in his life.

In a lengthy interview with Variety where Brooklyn said he’d love to have a reality show with his wife, he told the publication: ‘We would love to have a big family one day.

However, after a lavish honeymoon in Saint-Tropez and a fairy-tale wedding, Nicola is keen to spend time just the two of them for a little while longer.

The billionaire heiress noted that while they both wanted a ‘big family’ that wouldn’t happen anytime soon.

She added to Variety: ‘We don’t plan on having kids anytime in the next year.