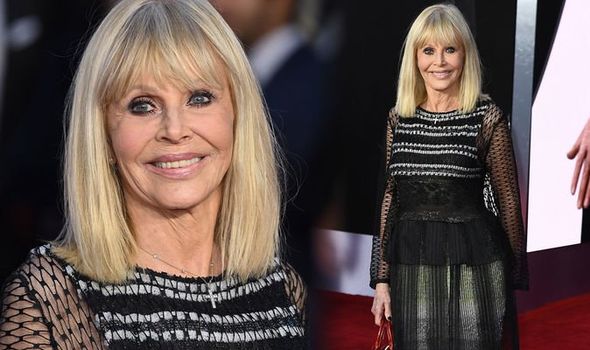 James Bond star Britt Ekland joined a host of famous faces, and members of the Royal Family, at the highly anticipated No Time To Die premiere at the Royal Albert Hall on Tuesday night.

The former Bond Girl is best known for playing Mary Goodnight in 1974 movie The Man with the Golden Gun opposite the late Roger Moore, who played 007 at the time.

The actress looked incredible when she posed for pictures at last night’s event in London, as she stunned in a shimmering black dress, which she teamed with a red handbag and a pair of black ankle boots.

Also at the world premiere was current James Bond actor Daniel Craig, 53, who looked dapper in a red dinner jacket and bow tie, alongside several senior members of the Royal Family.

The Duchess of Cambridge dazzled in a gorgeous golden number alongside her husband Prince William, the Duke of Cambridge.

His father, Prince Charles and his wife the Duchess of Cornwall also attended the star-studded event.

Britt Ekland at the No Time To Die world premiere

Britt Ekland joined a host of famous faces at the film premiere.

The former James Bond star teamed her dress with a red handbag and a pair of black ankle boots.

The actress is best know for playing Mary Goodnight in 1974 movie The Man with the Golden Gun.

The 78-year-old joined a host of famous faces and even royalty at the much-anticipated premiere.

The stars of the show

The Duke and Duchess of Cambridge arrived in style

Kate Middleton wowed in a sparkly gold number when she walked the red carpet with her husband Prince William.