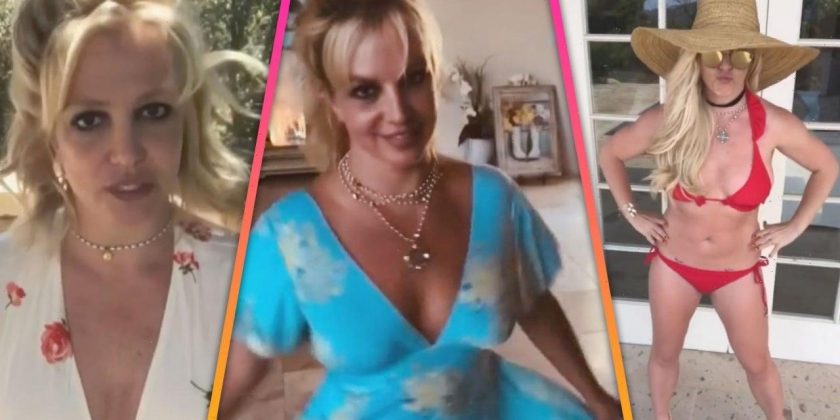 Britney Spears is taking a step back from posting amid her conservatorship battle. In a new post on Instagram, Spears shared that, after some nasty news about her, she’s going to be posting a little less from now on.

“In a system where I’ve felt completely hopeless for so long, at least I do have a platform to share !!!! As Selena Gomez says it best – The world can be a nasty place … I know it … you know it … kill them with kindness ☀️☀️☀️ !!! Unfortunately the news has been pretty nasty saying horrible and mean lies about me so I’m gonna post a little less from now on 🤷🏼‍♀️🤷🏼‍♀️🤷🏼‍♀️ !!!!,” Spears shared alongside a clip of a cooking video. “Pssss this was the coolest thing I’ve ever seen in my life and it’s inspired me to take on a new passion in the cooking field !!!! God bless you beautiful people … TA TA 👋🏼 !!!!”

But that doesn’t mean the performer isn’t grateful for the support of her fans and the #FreeBritney movement. In another post, Spears shared a Boomerang of a fan flying a #FreeBritney flag, clarifying that both her fans and the media only know half the story when it comes to her conservatorship and what she’s been through.

“Geez look at that flag 🙊🤯🥺 !!!! I was like “My flag up over the American Flag !?!?” … Yes … I’m tooting my own horn 📯 .. is that bad ????? I know in my previous post I said you guys know my situation but LET ME CLARIFY … you only know half of it !!!!,” the pop star explained before promising that one day she’ll “live on the edge” and reveal the truth about what she’s really gone through. “And for a lot of you who say I should be cautious with what I post … I mean if you REALLY THINK ABOUT IT … with what I’ve been through I believe I been WAAAY TOO CAUTIOUS !!!! One day I will live on the edge !!!! One day 🤔💭 …”

In new court docs obtained by ET, Jamie alleged that he received a call from Jodi on July 9, in which she sounded very distraught, and voiced her concerns about Britney’s recent behavior and her refusal to listen to or even see her doctors.

In a sworn statement to the court, Jamie said, “Ms. Montgomery acknowledged that many of my daughter’s statements at the last hearing were not true and attributed her statements to the fact that my daughter is ‘mentally sick.'”

He went on to claim that Jodie pleaded for his help to address these issues but explained that he no longer had access or insight into any of his daughter’s medical information and claimed that Jodi raised the idea of a 5150 psychiatric hold for the singer.

But, days later, the singer’s father told the court he received an email from Jodi in which he claims she backtracked on most of the details of their call and changed her mind on implementing a 5150.

Despite his differing opinions with Jodi and Britney’s new lawyer, Mathew Rosengart, Jamie maintains that he would do anything he could to help his daughter.

Montgomery’s lawyer, Lauriann Wright, responded to Jamie’s claims in a lengthy statement to ET. Read it below in full:

It is unequivocally NOT TRUE that it was Ms. Montgomery and Sam Ingham ‘who admitted Ms. Spears to a facility in early 2019.’  In fact, that would have been impossible. Neither a Case Manager nor a Court Appointed Counsel could have had that power, either working alone or together. Only the Conservator of the Person would have had that power (with the Conservatee’s consent) – and, again, that was Jamie Spears in March 2019. Although Ms. Montgomery might have signed routine paperwork for the facility, she did so only as Case Manager and only at the direction of Jamie Spears. In fact, the decision to place Britney Spears in a facility March 2019 was made by Ms. Spears’ treating psychiatrist at the time, Dr. Timothy Benson.  Further, Ms. Spears consented to her placement at the facility in March 2019. In fact, pursuant to Probate Code §2356(a), a probate conservator of the person cannot place a conservatee in a mental health facility without a conservatee’s consent.  This consent was obtained.

Lastly, Ms. Montgomery is saddened that her telephone call to Mr. Spears, made out of genuine concern for Ms. Spears, and intended to re-establish a working relationship with Mr. Spears towards Ms. Spears’ mental health and well-being, is now being misrepresented and manipulated to gain some sort of tactical advantage in the pending proceedings to remove him as Conservator.  Ms. Montgomery implores Mr. Spears to stop the attacks – it does no good; it only does harm.  We all need to focus on one thing, and one thing only – the health, well-being and best interests of Britney Spears.”

Earlier in the week, Britney requested the immediate removal of her father from her conservatorship.

In court documents obtained by ET, Britney’s attorney filed a motion requesting that the judge expedite Jamie’s removal as conservator of her estate ahead of the scheduled Sept. 29 hearing. In his place, Britney requests that Jason Rubin step in as temporary conservator.

She asks that the court remove her father “as early as the court will permit” or on or after Aug. 23.

Judge Penny denied the petition to advance the September 29 hearing to remove Jamie Spears as conservator, according to a court document obtained by ET. 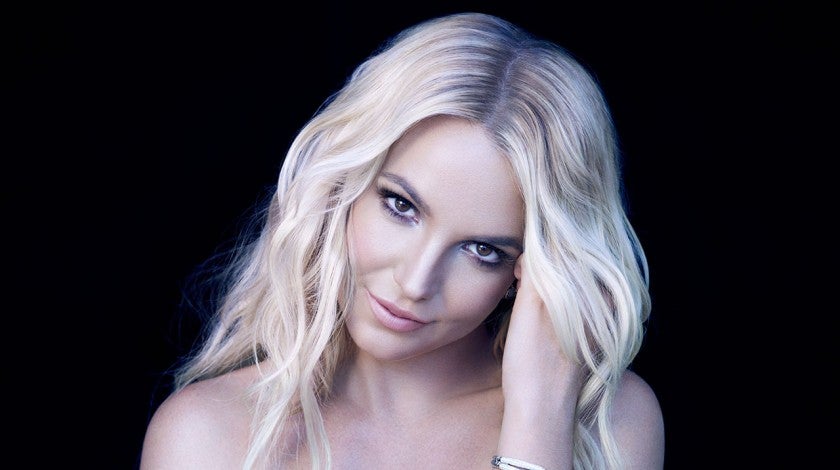 Britney Spears Through the Years