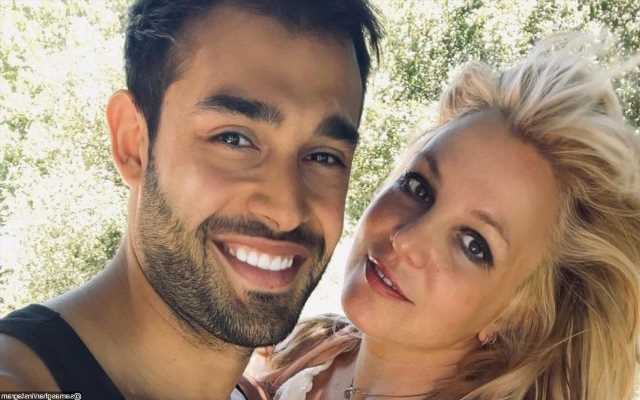 Taking to his Instagram Story, Sam shares a video of his pop singer girlfriend sitting on the driver’s seat while the couple jams to her 2001 song ‘Lonely’.

AceShowbiz –Britney Spears is seemingly breaking free from her strict conservatorship rules. The singer has been spotted driving in a car with her boyfriend Sam Asghari, after revealing that she was not allowed to cruise with him under her “abusive” conservatorship.

On Saturday, July 17, the Princess of Pop was seen sitting on the driver’s seat with her beau Sam in the passenger seat. She was cruising around Los Angeles in her white Mercedes.

On Sunday, Sam took to his Instagram Story to share footage from their afternoon drive. In the video, the “Oops!… I Did It Again” hitmaker’s right hand was shown, sporting red nail polish. She was turning up the music as the couple jammed out to “Lonely”, a song from her third studio album “Britney”.

Britney was heard singing along to the song during the part, “Think of times/ You made me cry/ You had me so confused/ I’m tired of trying/ I’ll leave behind this/ What’s a girl to do?” She then told her boyfriend that “Lonely” is a “song I wrote that I was proud of.” Sam replied, “Really?” and later added, “I love this song.”

Last month, the 39-year-old mom of two revealed that she wasn’t allowed to cruise with her beau Sam under her conservatorship. “All I want is to own my money and for this to end and for my boyfriend to be able to drive me in his f**king car,” she told Judge Brenda Penny during her explosive testimony on June 23.

The video of her cruise with Sam also arrived after Britney slammed her family, including father Jamie Spears and sister Jamie Lynn Spears, on Instagram. “For those of you who choose to criticize my dancing videos [on social media] … look I’m not gonna be performing on any stages anytime soon with my dad handling what I wear, say, do, or think !!!! I’ve done that for the past 13 years,” she addressed her lack of performances.

She then directed her message to her sister, writing, “I don’t like that my sister showed up at an awards show and performed MY SONGS to remixes !!!!!”

Jamie Lynn later seemed to respond to Britney’s post by writing on her own social media post, “May the peace of the Lord be with you, and your spirit,” before deleting her statement to only include a peace sign and a heart emoji in the caption.