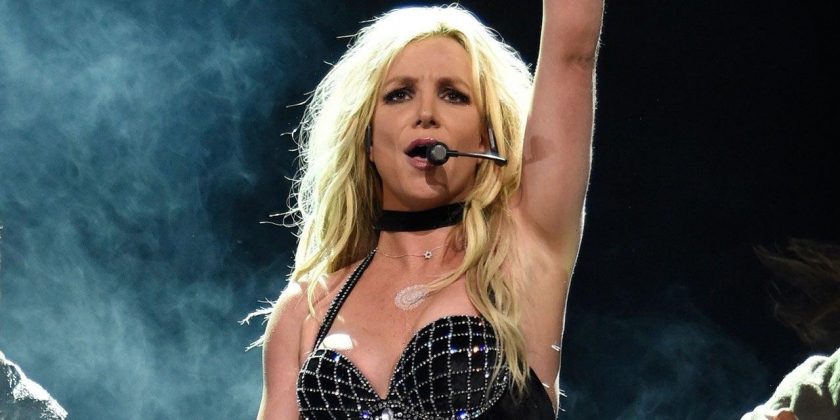 Britney Spears is sharing her thoughts about her family’s involvement in her career.

The singer took to Instagram on Saturday to slam her father, Jamie Spears, while also addressing the future of her career. The “Lucky” singer also called out her sister, Jamie Lynn Spears, noting she didn’t appreciate her performing her song at an award show. Britney first began by sharing a message to “those of you who choose to criticize my dancing videos.”

“Look, I’m not gonna be performing on any stages anytime soon with my dad handling what I wear, say, do, or think 🚫🙅🏼‍♀️ 🚫!!!! I’ve done that for the past 13 years,” she stated. “I’d much rather share videos YES from my living room instead of onstage in Vegas where some people were so far gone they couldn’t even shake my hand and I ended up getting a contact high from weed all the time.”

“And no I’m not gonna put on heavy makeup and try try try on stage again and not be able to do the real deal with remixes of my songs for years and begging to put my new music in my show for MY fans … so I quit,” she expressed.

She then touched on Jamie Lynn performing a remix of her song during a tribute when Britney was honored with the Icon Award at the 2017 Radio Disney Music Awards.

“I don’t like that my sister showed up at an awards show and performed MY SONGS to remixes!!!!! My so-called support system hurt me deeply,” she wrote. “This conservatorship killed my dreams … so all I have is hope and hope is the only thing in this world that is very hard to kill … yet people still try.”

Britney also added that she didn’t like the way documentaries brought up “humiliating moments from the past … I’m way past all that and have been for a long time !!!!”

“And for women who say it’s weird the way I still have hope for fairy tales … go f**k yourself,” she continued, expressing that all she has is hope and if people don’t like her dancing videos they can unfollow her.

Britney’s post comes a day after she also called out people “who never showed up” for her back in the day and are now expressing their support for her.

During the latest hearing for Britney’s ongoing conservatorship case on Wednesday, the 39-year-old singer got emotional, crying as she told Los Angeles judge Brenda Penny that she wants her father charged with conservatorship abuse.

Addressing the judge in her statement, Britney claimed, “This conservatorship is literally allowing my dad to ruin my life.” The singer alleged that she has “always been extremely scared” of her father, because she claimed she “thought he was going to show up drunk.”

She repeated her claims that the conservatorship felt like “f**king cruelty” and said of those in charge of her conservatorship, “I thought they were trying to kill me.”

“I want to press charges against my father for conservatorship abuse,” Britney said, adding, “I want an investigation into my dad.”

During that same hearing, Judge Penny also granted Britney approval to hire her own legal counsel for the conservatorship case, a request the singer made during her testimony at a hearing on June 23. Britney was granted permission to hire Mathew Rosengart, a prominent Hollywood lawyer and former federal prosecutor, as her new attorney moving forward.

As ET previously reported, Britney has been under the legal conservatorship for 13 years, and didn’t hold back while explaining her frustrations about the legal constraints during last month’s hearing. Speaking to the court for over 20 minutes, the singer detailed why she believed the conservatorship is “abusive,” including claims that she has been prevented from removing her IUD in order to have more kids.

Jamie’s attorney relayed a statement on his client’s behalf, telling the court, “He is sorry to see his daughter suffering and in so much pain. Mr. Spears loves his daughter and misses her very much.”

Jamie currently remains in control of Britney’s finances after a judge denied the pop star’s request to remove her father as conservator of her estate late last month. Jamie has also asked that his daughter’s claims from the June 23 hearing be investigated. In court documents obtained by ET, he claims they are “serious allegations regarding forced labor, forced medical treatment and therapy, improper medical care, and limitations on personal rights.”

As for Jamie Lynn, last month she also passionately addressed her sister’s conservatorship battle on Instagram, saying that she supported the “Stronger” singer. She also recently set the record straight, sharing that she’s not getting paid by Spears amid the “Toxic” singer’s conservatorship.

For more on Britney’s conservatorship, watch below.

Britney Spears Granted Permission to Hire Own Lawyer: Why It's a 'Gamechanger' for Conservatorship