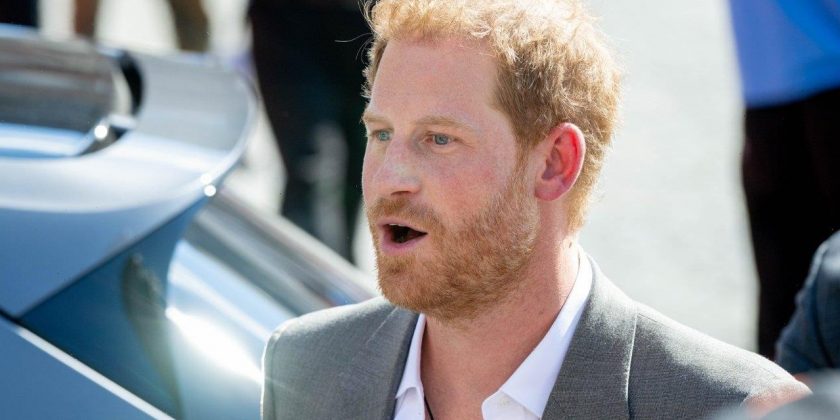 According to a report, members of the top staff discuss the potential fallout at Sandringham Estate, where the royal family gathered to celebrate their first Christmas following Queen Elizabeth II’s death.

AceShowbiz -The British royal family has taken an action to deal with a potential fallout from Prince Harry’s book, “Spare”. It was unveiled that the family’s senior advisers set up a de-facto “war room” after the Duke of Sussex brought up several allegations against them.

According to Page Six, members of the top staff discussed the situation at Sandringham Estate, where the royal family gathered to celebrate their first Christmas following Queen Elizabeth II’s death. An insider said, “There were undoubtedly fears about what Harry was going to write, and in particular they were worried about the highly personal moments of their lives being retold.”

“The King wanted to move ahead with the traditional ‘stiff upper lip’ attitude and follow in the Queen’s famous footsteps of ‘never complain, never explain,’ ” the insider added. “But the Prince of Wales argued that perhaps the family should, in fact, go on the offensive and release a statement, much in the same way he said ‘We are very much not a racist family,’ but he was overruled by his father.”

Harry’s memoir is set to be released on January 10. In the book, the father of two claimed that he and his brother Prince William got physical over his wife, Meghan Markle.

According to excerpts of the book obtained by The Guardian, Harry alleged that William attacked him after slamming Meghan. Harry said that his brother grabbed him by the collar, ripped his necklace and knocked him to the ground during a fight in London.

As for the reason, things between the brothers allegedly got heated after William labeled the Duchess of Sussex “difficult, rude and abrasive.” Harry also noted that William was already worked up when he came over to Nottingham Cottage, where Harry was living at the time, as he complained about the former “Suits” star.

At one point, Harry told William that he was just regurgitating media narratives before things got heated between the siblings. Harry accused the Prince of Wales of acting like an heir and being unable to understand him. They continued to insult each other before going into the kitchen, where the alleged attack took place.

Harry said he had visible injuries as he fell and landed on a dog bowl, which cracked. The 38-year-old went on to note that William urged him to fight back, but he refused to attack his brother. William, however, showed remorse following the fight. He allegedly came back “looking regretful” and apologized to Harry.