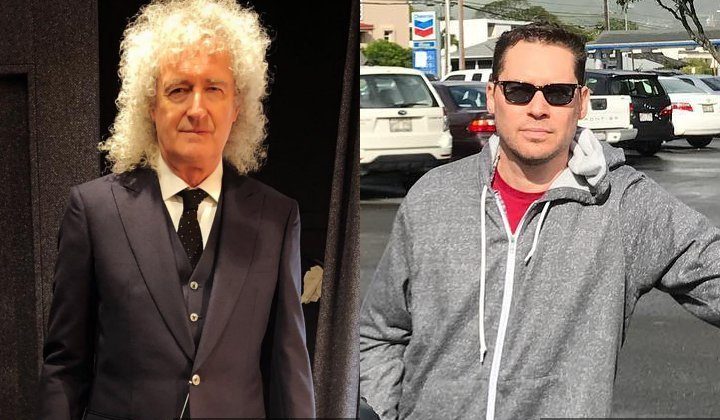 AceShowbiz –Queen star Brian May has apologised to his fans for appearing to defend “Bohemian Rhapsody” director Bryan Singer after he was hit with new allegations of sexual misconduct.

Editors at The Atlantic magazine published an article on Wednesday, January 23 in which the filmmaker was accused of engaging in sexual activity with underage boys, allegations he has since denied.

In response, one Instagram user instructed the Queen guitarist, who produced the band’s biopic, to stop following Singer on social media after the allegations, and he told her she couldn’t tell him what to do and to respect that a person is innocent until proven guilty.

On Friday morning he apologised to all his followers for his “hasty and inconsiderate” reply and made it clear that he had no intention of appearing to defend the director.

“You were actually just trying to protect me, for which I thank you,” he wrote directly to “Sue” in an Instagram caption. “I am mortified to discover the effect my words produced. I had no idea that saying someone was innocent until proven guilty could be interpreted as ‘defending’ Bryan Singer. I had absolutely no intention of doing that.”

He explained he didn’t realise following someone on social media was a sign of endorsement and he was only doing so because of their work on the film, and it didn’t occur to him to unfollow Singer after he was fired from the movie and replaced by Dexter Fletcher.

“Now, because of this misunderstanding, I have unfollowed. I’m so sorry. This must have caused you a lot of upset. I wish I could take the comment back, but all I can do is apologise, and hope that my apology will begin to make amends,” he wrote. “I should add that this is also a sincere apology to anyone else out there that I inadvertently offended. No such offence was intended and I will be more careful in future.”

In the expose, Singer was accused of having sex with or inappropriately touching four men back in the 1990s, when they were underage and the director was in his 30s. The 53-year-old denied the allegations and called the article a “homophobic smear piece.”