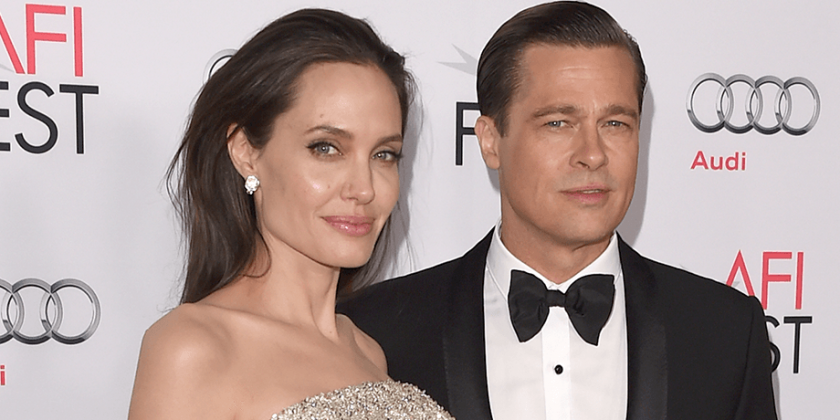 Angelina Jolie and Brad Pitt opted to go their separate ways over a year ago, but they are reportedly still embroiled in a heated divorce battle. Since Angelina and Brad were together for more than a decade, they built a substantial life together — and have quite a bit to divide. But it has been reported that the estranged pair’s latest legal battles are mostly centered around their children.

Several reports have suggested that Angelina Jolie and Brad Pitt have very different views on parenting and now, according to Celebrity Insider, an insider close to the famed actor has shared his reaction to his soon-to-be ex-wife’s recent outing with their children. The insider claims Brad is very disappointed in the seemingly abrupt changes in Angelina since their split. It’s no secret that Brad and Angelina worked tirelessly to keep their private life out of the public eye. But now, Angelina Jolie doesn’t appear to have much of a problem with the children being in the spotlight.

“Brad is disappointed in how much Angelina has changed since their split. Brad’s saddened his ex constantly trots the kids out in public to make it look like she is an amazing mother. Brad remembers how Angelina tried to avoid putting the kids in the spotlight while together and when she valued their privacy as a family,” the insider said.

The insider went on to reveal that Brad Pitt feels upset whenever he sees Angelina out in public with their children. Since they’ve split, Brad reportedly believes that Angelina is going to great lengths to maintain a positive public image for fans.

“He feels like he cannot even recognize her as the woman he fell in love with. He feels like she’s insincere in every way — from how she takes the kids out in public to how she’s handling the divorce, Brad feels like Angelina’s been going out of her way to control how fans view her, all while painting herself as a saint.”

The latest news follows reports about Angelina Jolie and Brad Pitt’s messy split back in the summer of 2016. According to People magazine, the former couple initially agreed to keep the details about their divorce private — but unfortunately, many aspects about their child support and custody battle have been made public. From the custody and child support issues to allegations of verbal abuse, Brad and Angelina have gone back and forth about their children. Although it’s been two years since their split, they still have yet to reach an agreement regarding their offspring.