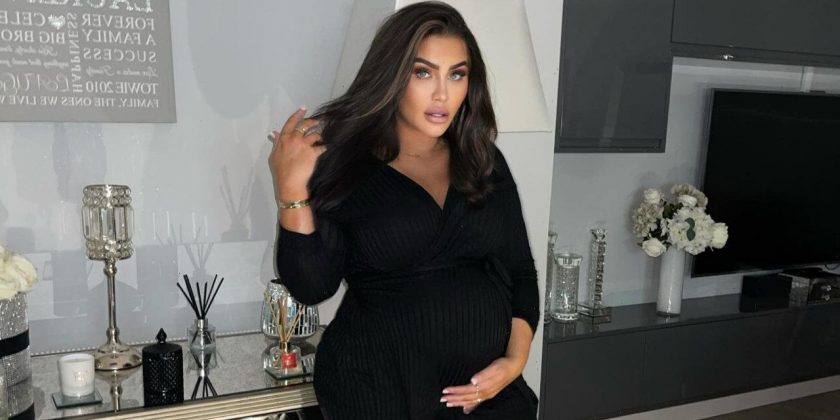 25-year-old Drury has been arrested over allegedly assaulting the 35-year-old reality star just hours after their baby daughter’s funeral on Thursday, August 4.

AceShowbiz –Lauren Goodger‘s boyfriend Charles Drury has been arrested for allegedly assaulting her hours after their baby daughter’s funeral. Police were called after 35-year-old reality star Lauren was involved in a confrontation with her 25-year-old builder lover Drury in the early hours of Thursday, August 4, resulting in the former “The Only Way Is Essex” regular being taken to hospital with serious facial injuries.

Her trauma came after a private family funeral for her 9lb daughter Lorena, pronounced dead shortly after being born last month. A Metropolitan Police spokesman said on Friday night, August 5, “Police were called at 00.37 hrs on Thursday, August 4 to reports of an altercation at a residential address in Upminster, Essex.”

“Officers attended. At the scene a woman, aged 30s, was found with facial injuries. A man, aged 25, was arrested on suspicion of assault,” the police spokesman continued. “He was taken to an east London police station and subsequently bailed pending further inquiries. Inquiries continue.”

“It happened after Lauren and Charlie came back from Lorena’s funeral,” a source told The Sun. “They had a private family ceremony on Wednesday which was not publicised. It was obviously a very emotional time. Lauren did not drink after the funeral and was trying her best to hold it together.”

“She has been interviewed by the officers on Thursday and Friday. Everyone who knows her is so upset – she was already at absolute rock bottom but it’s somehow got worse.”

Drury, an ex-lover of Katie Price, was reportedly questioned by police throughout Thursday following his arrest before being released on police bail early on Friday. “Dancing on Ice” and “Big Brother” star Lauren was said to have been taken to hospital by her friend after the incident for medical check-ups and returned to hospital today for X-rays.

She also went back to her local police station for a further interview to add to her statement and is being comforted by friends. Lauren posted an Instagram message telling how much she loved her daughter, who died minutes after being born on July 8, saying, “I carried you, I felt you grow. Longed for the day we’d meet. Dreamed of your future. Not only did I know you, I fell in love with you.”

Lauren and Charles had split for three weeks last year before reconciling, with Essex woman Amy Gilbert, 24, coming forward soon after to say she had sex with Charles during the split at his home in London. He said in 2019 he had been “disappointed” by sex with 44-year-old Katie Price, who he rated a “one out of 10” in bed.