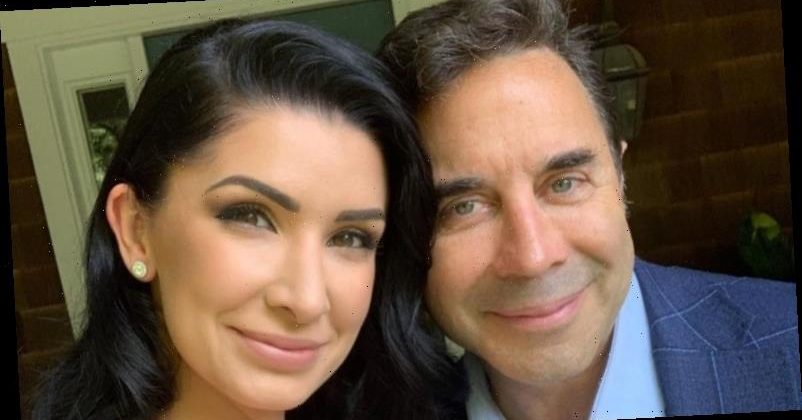 Dr. Paul Nassif and Brittany Pattakos married at the end of September after a short engagement. Their wedding was a small, private ceremony, but they had a larger celebration with family and friends on October 6 on the Greek island of Santorini.

Pattakos looked stunning in her backless lace dress, but she wasn’t the sole center of attention on the special day. Nassif briefly stole the spotlight when he serenaded his new bride with a song in a truly romantic gesture. The Botched star surprised guests at the reception with a heartfelt rendition of a Lady Gaga song.

Nassif got the idea to sing at his wedding reception after running into songwriter and musician David Foster and his wife, singer Katharine McPhee on a shopping trip. “I know Dave very well, and so I actually started taking singing lessons from [Katharine’s] mother,” Nassif told Page Six. McPhee’s mother, Peisha Arten, is a professional vocal coach.

Nassif said that while singing was “a little embarrassing,” he thinks that he did “pretty well.”

“A lot of the wives in the group were saying, ‘Why couldn’t you do this for me?’ and a lot of them were crying to their husbands,” said the plastic surgeon, “My voice is OK.”

The song Nassif chose to serenade Brittany Pattakos with was “Always Remember Us This Way” by Lady Gaga. The tune is from the movie A Star Is Born.

Nassif sang the song at sunset. “There’s a part in the song that says ‘When the sun goes down, and the band won’t play’ and the sunset was one of the most incredible they’ve had in years,” said Nassif. “It was absolutely stunning.”

He explained that the song choice was made because he and Pattakos both loved the film. “When we saw the movie, we loved it and both cried,” said the happy groom. They also chose another song from A Star Is Born (“Is That Alright?”) for their first dance.