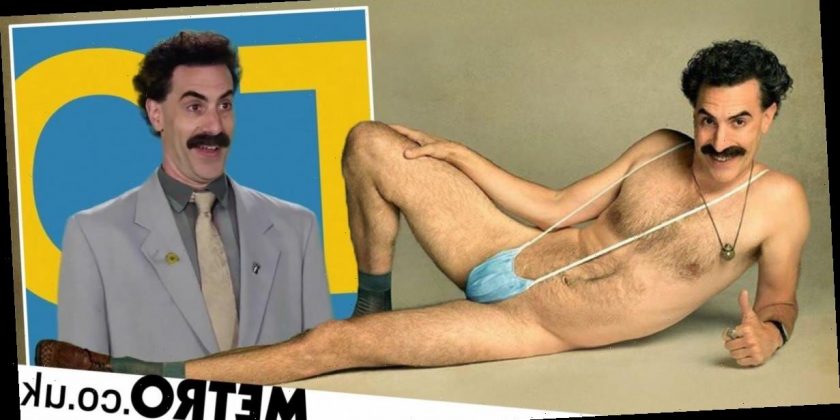 The first trailer for Borat 2 – which Sacha Baron Cohen filmed in secret – has arrived and it already looks hilarious.

The film, which is the sequel to 2006’s hit comedy about a fictitious journalist from Kazakhstan doing a documentary about America, sees Borat promise to ‘save 2020’.

While at this stage the world would welcome any unconventional hero to save the day, we’re not sure Borat’s method of whacking coronavirus with a pan will get us out of this pandemic any faster.

Sacha, 48, has brought the iconic character back for the surprise release, which is set to drop on Amazon Prime on October 23.

It was revealed in September that Borat had ‘gone undercover’ to film the new movie after finding fame with his first documentary, and the movie has reportedly been screened to a few select industry insiders.

Sacha was seen in costume several times over the past few months, with Deadline reporting he ‘had to wear a bulletproof vest’ to film scenes at some risky events.

Borat 2 is set for release before the US presidential election, and is said to include some real life cameos including from Vice President Mike Pence, according to reports.

As well as the teaser trailer, an image was also released of Borat wearing nothing but a surgical mask in place of his classic mankini, telling viewers to ‘Wear mask, save live’.

Another viral clip also emerged of clips of Donald Trump, with what is claimed to be Borat’s voice over the top, praising the President.

Although unconfirmed, the voice is heard saying: ‘Donald Trump, strongest premier in history. He not racist, black guys love him so much they kneel before him.

‘Trump never had stroke. He protector of womens. He hero of war. Biden’s breath so bad, he forced to wear a mask. Because of Trump, 350 million Americans still alive.

‘Trump never had stroke.Vote for premier Trump, or you will be crushed, gently.’

The end of the spoof political broadcast then caveats: ‘This ad may contain false statements.’