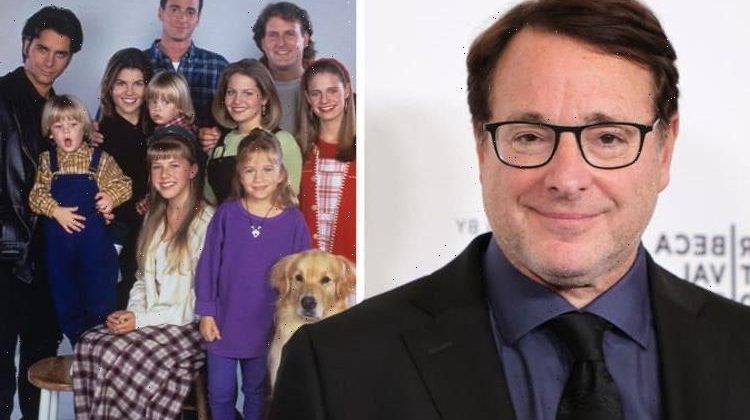 Bob Saget stars as Danny Tanner in Full House in 1987

Bob Saget, best known for his role in Full House, reportedly died on Sunday in Orlando, the Sheriff’s Department confirmed to The Hollywood Reporter. He was 65 years old.

The comedian who hosted America’s Funniest Home Videos, was found in his hotel room at 4pm by employees.

The Sheriff’s Department released a statement that read: “Earlier today, deputies were called to the Ritz-Carlton Orlando, Grande Lakes for a call about an unresponsive man in a hotel room.

“The man was identified as Robert Saget and pronounced deceased on scene.”

It added: “Detectives found no signs of foul play or drug use in this case.”

Saget had recently played a string of dates in Florida, including a show in Orlando.

The night before his body was discovered, he tweeted following his show in Jacksonville, at the Ponte Vedra Concert Hall.

“Thanks again to @RealTimWilkins for opening. I had no idea I did a two hour set tonight. I’m happily addicted again to this sh*t. Check BobSaget.com for my dates in 2022.”

Born in Philadelphia, he began his successful career with a stint on CBS’ The Morning Program in 1987.

He went on to land his breakout role as Danny Tanner on ABC’s popular family sitcom Full House, which ran from fall 1987 through May 1995.

News of his death came as a huge shock to many, who took to social media to share their condolences with his family and loved ones, and remembered the comic for his life’s work.

Kat Dennings, who starred alongside Saget in Full House, took to her page to remember her TV father.

“I was his TV daughter for one season and he was always so kind and protective. So so sorry for his family.”

Others were deeply upset by his passing, with one commenting: “BOB SAGET YOU THE BEST DAD ON THE EARTH. MY HEART BROKEN FOREVER.”

“I think we all grew up on Full House. Rest In Peace to the legendary Bob Saget,” another said.

“There goes a large piece of so many people’s childhoods. Bob Saget was the sweet dad, the vulgar comic, and wrapped it all up into one unique package. What a loss,” a fourth shook their head.

He is survived by his children Aubrey, Lara Melanie and Jennifer Belle and his mother Rosalyn.