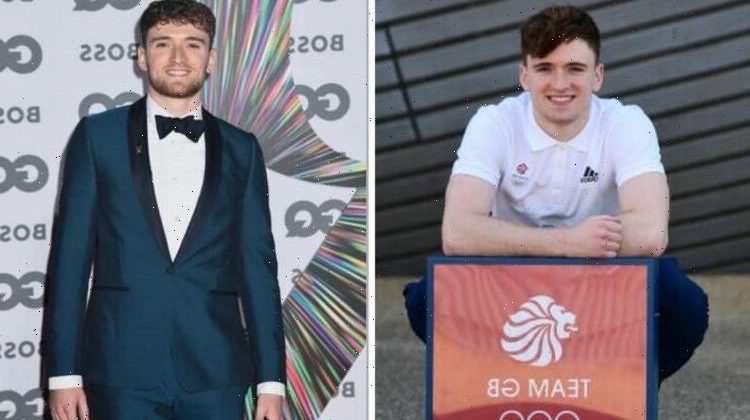 Matty Lee, 23, spoke up about his experience on I’m A Celebrity 2021. The star admitted that his time in the castle wasn’t all it was made out to be.

The Olympic diver said that the change in routine from his normal schedule was a shock to the system.

Speaking exclusively to Express.co.uk about what you can get up to in your free time while on the show, the star seemed disappointed.

Matty explained that his diving routine, which is the same daily, keeps him in check.

He added that his mental rhythm was thrown off for the show.

He said: “For diving I literally live the same day every day and I need that routine.

“In the castle you could end up not leaving for three whole days which I did.

“That means you’re just doing nothing but sat in the castle doing chores.

He explained that there was a lot of “waiting around” and most of the time was spent thinking and dreaming about eating nice food.

The star then went on to say that he was surprised that a lot of the “big names” who went on the show were able to put up with being “treated like crap.”

He said: “All you can think about is nice food but when they take you to do challenges there’s a lot of waiting around.

“I’m not used to TV and there’s lots of waiting around in TV.

“Before a trial, which is annoying, you’d be separated from your group of four or five so that you can’t build rapport off camera.

“That blew my mind. I didn’t expect that at all.

“There’s some big names in there and you get treated a bit like crap so I’m surprised they dealt with it.

“You’ve not signed up for glamour you’ve signed up to be starved, tired and pushed to the limits.”

Matty, added, however, that he did feel mentally stronger after the show.

He said that the show forced him to do uncomfortable things he didn’t want to do all the time.

The athlete said: “Not physically but mentally, yeah.

“If I said no one in the castle didn’t want to leave I’d be lying. Everyone wanted to leave at some point.

“You can be comfortable in your own head looking at a fire because you have to be. So I do think I’m a bit mentally stronger.”

Matty Lee MBE is taking part in the #EatMoreDriedFruit campaign to raise awareness of the health benefits of dried fruit. Just 30g of dried fruit is counted as one of your five a day and contributes to your fibre intake. Tasty and versatile, dried fruit is a natural snack that’s full of vitamins and minerals; perfect for between meals, on top of a salads, cereals, yoghurts and in smoothies.