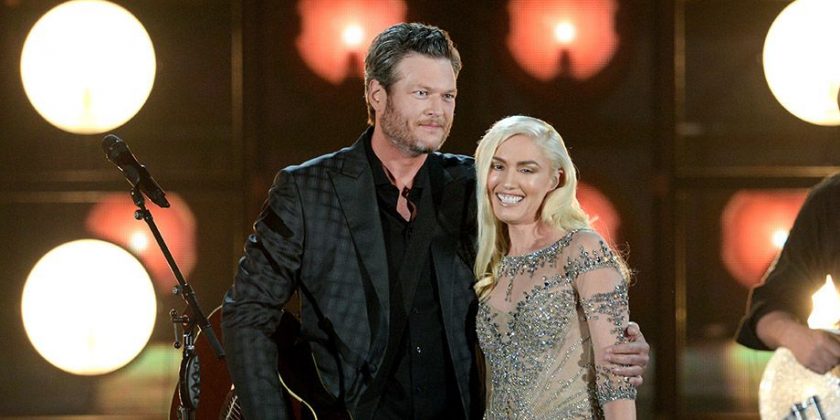 Country crooner Blake Shelton shared some sizzling details about his and girlfriend Gwen Stefani’s nighttime rituals. Entertainment Tonight reports that when Blake appeared on The Ellen DeGeneres Show recently, he told the host three things that the pair do after they put the kids to bed.

Blake played the “5 Second Rule” game during the Ellen show, which is when two guests must shout out answers to random questions in just a few seconds. While facing off with Sandra Bullock, Ellen asked the Ocean’s 8 actor what three things she watches after she puts the kids to bed.

Then it was Shelton’s turn. The flustered singer was struggling to come up with an answer before the buzzer went off, so he playfully copied Sandra’s answer.

During another round of questions, Ellen asked him what Stefani makes fun of him for.

“My hair, my socks, and the same shirt I wear every day,” he said.

Stefani has three kids, Kingston, Zuma, and Apollo, with her ex-husband Gavin Rossdale, but Shelton has joined right into the family since the pair started dating three years ago. He frequently appears in snaps on Stefani’s Instagram with the 12, 10 and 4-year-old.

Stefani and Shelton’s relationship has been under intense scrutiny lately as people wonder when the two will get engaged. But the 49-year-old singer says that she feels no pressure to get married. On an interview with Today’s Natalie Morales, Stefani said that she and Shelton were traumatized by the divorce process and just want to enjoy the moment.

“We had trauma back in the day going through all these hard times to get to a place where you find somebody that’s your best friend,” she said. “I think that we’re just trying to be in the moment as much as we can… I never thought I would get this moment, so it’s just really special.”

Stefani has echoed his words, saying that she hopes things between the two will last “forever.”