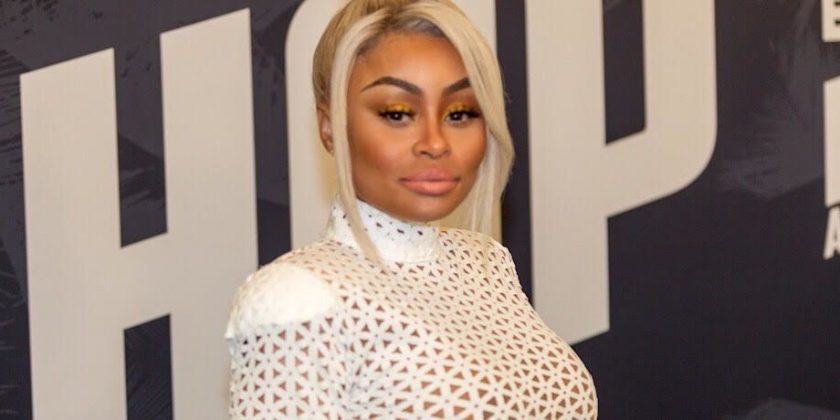 A recent post that the star Blac Chyna posted to her Instagram account not only went viral but had an unexpected backlash from fans and followers, reports Hot New Hip Hop. For those who are unfamiliar with Blac Chyna, her given name is Angel Renee White, and she is 30-years-old. Blac Chyna is an American model and entrepreneur who has her own makeup brand, Lashed by Blac Chyna, and owns a beauty salon in Encino, Los Angeles, California.

By her own account, Chyna began stripping while living in Maryland in order to pay for her college tuition. She later attended Johnson and Wales University in Miami, where she continued to strip in order to pay for her tuition. However, Chyna was too exhausted to actually attend any of her classes, so she began focusing her entire efforts toward stripping and modeling. Chyna’s exotic look is what she claims made her popular, landing her modeling jobs on the covers of Dimepiece, Straight Stuntin, and Black Men’s Magazine. She was later cast as the double for wildly popular singer and rapper Nicki Minaj. She is also known to have some plastic surgery work done to maintain her statement exotic appearance. It is this plastic surgery that has earned her recent spotlight on social media.

Blac Chyna shared a photograph to her Instagram account showcasing herself posed inside her plastic surgeon’s office. She was wearing cute and form-fitting workout gear in the picture. She captioned the photograph, asking her fans and followers to guess which plastic surgery procedure she was planning to get. What ensued after this question was utter chaos in the comments section of Blac Chyna’s post, and even expanded to other social media outlets such as Twitter. Some harsh criticism came her way, with brutal and petty remarks to answer her claim. Many people would likely be brought to tears by some of the remarks, but as per usual, Chyna persists onward.

One person, username that_richh_life responded to her, stating that they believed her tongue to be “only part of [her] body currently untouched by the surgeon’s knife.”

Someone else remarked that Chyna was starting to resemble Pennywise the clown.

“Your eyes [?] cause like you can’t see that your turning yourself into pennywise.”

Vanessamarie1993 told Blac Chyna that her guess was Chyna’s private region, suggesting that it likely needed “reconstructed.” And Therealquisha_ posted her thought that Blac Chyna needed “silicone removed…so that it can look normal.”

Some other individuals told Chyna that it was her personality, career, or morality that needed surgery.

“You’re getting some talent? Cause we have no idea why your relevant @blacchyna.”

One particular fan, however, came to Chyna’s defense. Twitter user BrownGemini, aka @Yep_Isaidit_So, tagged Chyna, saying, “They dislike you so much they following you.” She also incorporated a thinking emoji.