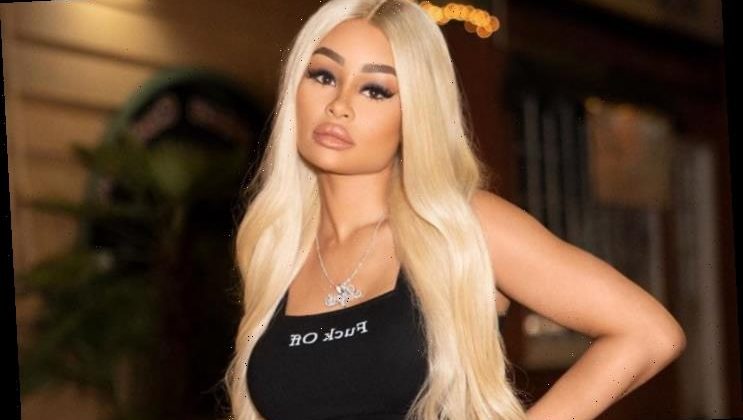 The Lashed by Blac Chyna founder strips down to a barely-there thong while revealing her shocking ability in an Instagram Story video to promote her OnlyFans account.

AceShowbiz –Blac Chyna‘s definitely got a lot to show on OnlyFans. One of widely-known celebrities who have joined the adult-only platform, the socialite has revealed her shocking hidden skill in a video to promote her OnlyFans account.

Turns out the 32-year-old model’s famous derriere is not only for display as she’s able to hold a juice bottle with it. In an Instagram Story video of herself taken in the bathroom, the music video vixen bared her butt and tattoo-clad back in a purple thong.

Chyna cheekily put a medium-sized Ocean Spray prune juice bottle in between her butt cheeks, all while shaking it for the camera. She included a swipe-up link that directed her fans to her OnlyFans profile.

It’s recently reported that Chyna is the highest-earning celebrity on OnlyFans, making $17 million per month. The mother of two charges $19.99 for a monthly subscription to check out her XXX-rated content.

According to the unconfirmed report, Bella Thorne, who caused a controversy with her account, places second, while Cardi B trails in the third place with allegedly $8 million per month. Other names on the list are Tyga, Mia Khalifa, Erica Mena and Safaree Samuels.

Her OnlyFans account aside, Chyna recently teamed up with music producer Mally Mall to produce her own music. She also released a track titled “My Word” with Too Short and appeared in 6ix9ine‘s music video for his new single “TUTU”.

The former girlfriend of Rob Kardashian, however, refused to talk about a potential collaboration with her ex Soulja Boy. She recently walked out of her interview with Adam22 on his “No Jumper” podcast after she was asked if she considered to collaborate with her ex-boyfriend Soulja. She didn’t want to answer the question and Adam22 made a sarcastic remark, which made her leave the room.