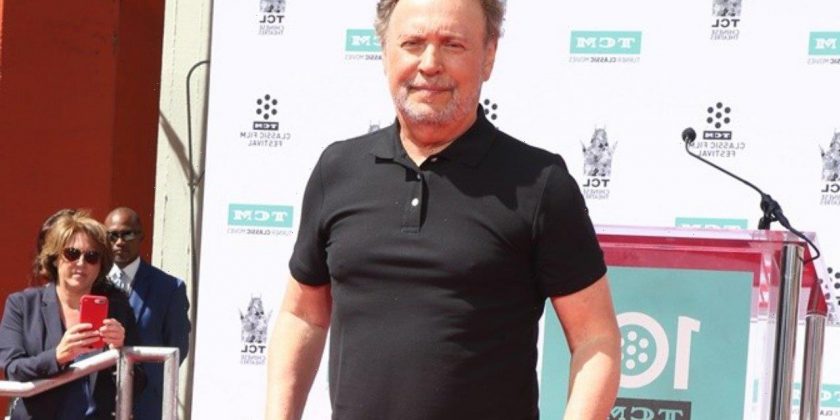 The ‘Analyze This’ star recalls getting high after munching on marijuana edibles before medical procedure and then walking out of the facility nearly naked.

The “Analyze This” star recently injured his right hip while working out and had to undergo a magnetic resonance imaging (MRI) scan.

Billy was terrified about the procedure, because he’s claustrophobic and he feared lying down within the confined space of the MRI machine would trigger his anxiety.

On Wednesday (11Aug21), he told U.S. late night host Jimmy Fallon he thought he’d come up with a perfect solution – he’d munch on some marijuana edibles to calm his nerves first.

“The guy at the cannabis place said, because there’s a section for seniors, ‘Two will make you feel good,’ ” the beloved actor and comedian shared.

“So I said, ‘I really want to feel fabulous,’ and when I was alone, I swallowed four edibles.”

The extra large dose really cured his anxiety, but Billy soon had a bad case of the munchies, thanks to so much tetrahydrocannabinol (THC) in his bloodstream. And about 30 minutes into the procedure, he was so hungry he wanted to have snacks delivered to the medical facility.

“I’m thinking gumbo or Nutella french toast. Something like that,” he quipped.

He then took a snooze while inside the MRI device and once the scan was complete, he planned to head for the nearest Mexican restaurant to satisfy his cravings.

“They take me out and I walk out of the building and someone says, ‘Um, sir, you’re still in your gown and your a** is hanging out,'” he added.

“So I came back in, I got dressed, and I went to (fast food joint) Taco Bell and had a nacho fry box.”