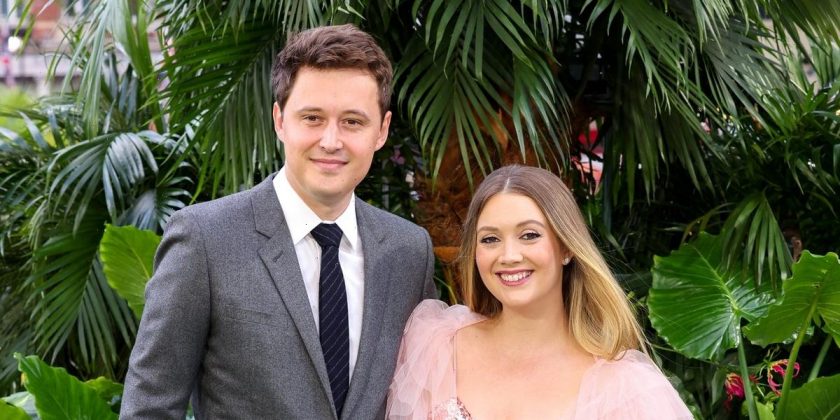 Billie Lourd and Austen Rydell’s family just grew by one. The actors welcomed their second child on Dec. 12, Lourd’s father Bryan revealed the following day. Bryan shared the news in a speech at Variety’s Dealmakers Breakfast in Los Angeles. “My daughter had a baby last night,” he told Variety’s chief production officer, Claudia Eller. “I left the hospital at 1:30 and got there this morning at 6. I’m a little tired, but happy. Everything’s great. So if I wander, it’s because the adrenaline is still flowing.”

Billie and Rydell welcomed their first child, 2-year-old Kingston Fisher, on Sept. 22, 2020. Billie revealed she was expecting her second child at the Sept. 7 premiere of her movie “Ticket to Paradise,” showing off her baby bump on the red carpet.

At the film’s Los Angeles premiere, she joked about telling her kids she made a movie while very pregnant. “If they ever say they don’t want to do their homework, I’m going to be like, ‘Watch this movie. I was 9,000 years pregnant with you. You better have a good work ethic,’ ” she joked to People. “If that doesn’t give you a good work ethic, I don’t know what will.”

Billie, the daughter of the late Carrie Fisher, has previously opened up about her husband’s parenting skills. “Now we know each other better than anybody could ever know each other . . . We just became even closer friends, even better partners. And I think it prepared us to be the best parents,” she said of quarantining with Rydell in a January 2021 interview with SiriusXM’s Bruce Bozzi. “He is, as you know, the best dad in the world. And I think that’s partially because we got to have this experience together.”

Billie has also previously been candid about how her mom influenced her parenting style — mainly by teaching her what to avoid. “I was her main support, and I was seven, for a lot of the time, and that was really hard, and that’s why I grew up really fast, because I was her best friend,” she said in a 2021 episode of the “New Day” podcast. “I was her mother, I was her kid, I was her everything. And that’s one of the things I’m learning not to do with my kid.”