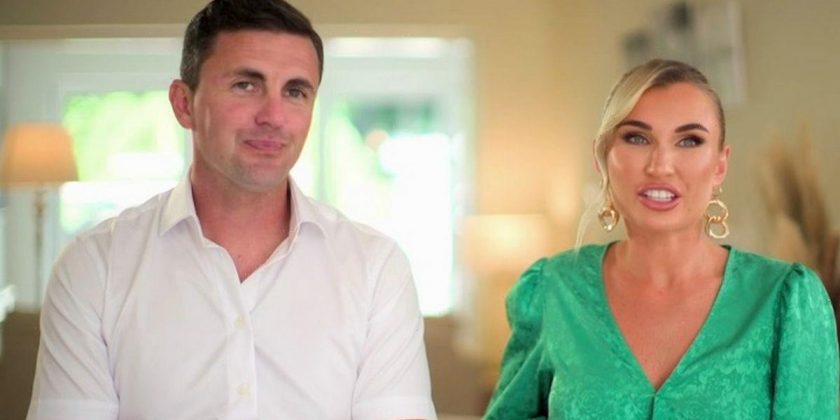 Billie Faiers and Greg Shepherd have revealed their plans to try for baby number three after they move into their £1.4 million mansion next year.

The couple are currently undergoing a huge renovation of their five-bed house in Brentwood, Essex, which has been hit by delays after their application for planning permission was first refused.

With the permission now approved, the couple are going full-speed ahead on the renovation and have spoken about plans to expand their family.

Speaking to The Sun ahead of their new ITVBe show, Billie & Greg: The Family Diaries, Billie said: "We always talk about it. I do think we will definitely go for baby number three. It’s definitely something we will consider."

The couple are already parents to seven-year-old Nelly and four-year-old Arthur.

They’d hoped their new house would be ready for Christmas, but are now hoping it will be ready by Spring next year after they experienced delays.

Now things are looking up, and a delighted Greg said: "We’ve finally got a roof!"

Billie added: "Within the next few weeks the windows are going in and it’s going to be rendered.

"It’s actually going to be a house – an empty shell. Then we’ve got all the inside to do and the landscaping.

"We’ve definitely got our hands full.

"It’s honestly a full time job. You do have to be continuously on the ball with it. I’m looking forward to getting to the interior part of it now because all of the other stuff that has been going on the last couple of months has to be done but it’s a bit boring!

"My work on the house is really going to up, I’ve really got to get my head down with it all."

Although renovating their dream home has been an exciting time for the couple, there have also been moments where it’s tested their relationship.

Speaking to OK!, Billie explained: “There are lots of ups and downs, pros and cons. But what viewers like is the reality of our normal life. We get so many people saying to us, ‘Thank you for putting that out there and being yourself. It makes me feel like a normal parent.’

“This series is really raw and you get to see so much of our home life because we’re filming on our own. Because it’s reality, we can’t hold back the emotions with each other either.”

Billie & Greg: The Family Diaries is on Wednesdays on ITVBe at 9pm.

Stay up to date with all the latest on Billie Faiers and her family by signing up to OK!'s daily celebrity newsletter.