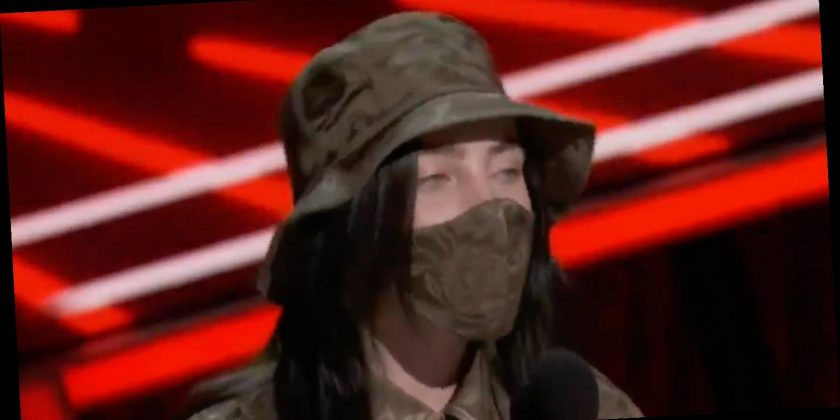 Billie Eilish took home the first golden mic at the 2020 Billboard Music Awards, which aired on Wednesday (October 14) from the Dolby Theatre in Los Angeles.

The 18-year-old singer won the Top Billboard 200 Album award for her debut album When We All Fall Asleep, Where Do We Go?.

“Thank you guys so much, this is amazing,” Billie said in her acceptance speech. “I wanted to say thank you to the fans, thank you for believing in me, and caring about me still. I don’t know why you do.”

Tune in to the 2020 Billboard Music Awards airing RIGHT NOW on NBC!