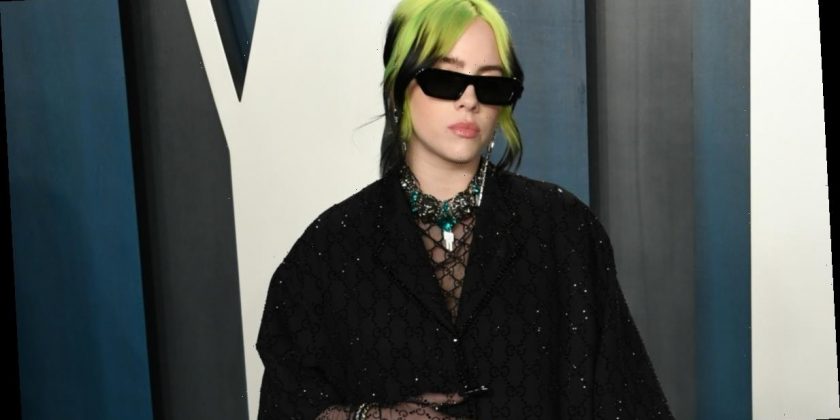 Billie Eilish is known for dressing in oversized, baggy clothes. However, on more than one occasion she has succumbed to her native Los Angeles’ steamy weather by donning more revealing apparel.

And who wouldn’t shed a lot of fabric when the temperature soars into the 100s?

That’s exactly what happened to Billie one day this past October as she was going to visit her brother Finneas O’Connell on an extremely hot day in LA.

She was running from her car to his front door garbed in a tank top and the paparazzi caught the soulful singer in action.

Sadly, for that sartorial departure, the 18-year-old phenom was called “fat.”

Although she was fat-shamed for exposing more skin than is typical of this forward-thinking entertainer, Billie seemed to take the incident in stride.

“Nope, this is just how I look. You have just never seen it before,” she said about the situation. She did so while answering questions during her annual Vanity Fair article called Billie Eilish: Same Interview, The Fourth Year.

During her chat with the illustrious magazine, Billie noted that being told she “got fat” was the most current rumor about her.

When addressing this potentially contentious situation, she simply brushed it off by saying, “Whatever.”

She did so during the interview that went viral after showing up online on November 30.

After that, she was asked, “Do you think your messaging on body image has a positive effect?”

“I don’t know… That’s not really for me to decide,” Billie noted.

“I think the reason people are looking up to you is because you’re you… I love having kids relate to me and tell me that I make them feel comfortable in their bodies. If I can do anything, I want to do that,” she added.

Billie’s ever-evolving style and her passion for fashion is definitely only one part of what makes this icon tick.

The huge talent talked about a host of other topics during her fourth annual interview with Vanity Fair, as seen above.

While swathed in a collared, mustard-colored shirt and while rocking a pair of giant statement earrings, Billie touched on her first tattoo, her cavalcade of fresh tunes, her new pup Shark, the presidential election, voting, racism, and, of course, the pandemic and its effect on her life.

How did Billie Eilish feel about being called fat?

And so, at the end of a very hot day, after discussing all that, was Billie Eilish disturbed by being called fat?

Was she bothered when that happened in October after being caught uncharacteristically wearing a tank top while running the short distance to her brother’s Los Angeles house from her car?

This teen celebrity obviously has bigger fish to fry than being shamed for simply being herself.